Density of the Fluid 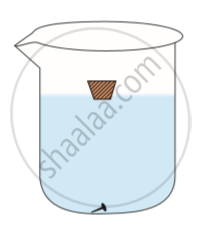 What determines whether an object floats or sinks in a fluid?

Choose the odd one: