Permanent tissues are of two types:

(i) Simple tissues: This type of tissue is composed of same type of cells.

These are again of four types: 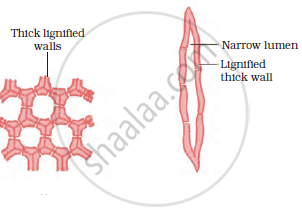 These tissues are similar to that of parenchyma but they also contain chlorophyll in them.

Due to the presence of chlorophyll, they are capable of performing the process of photosynthesis in plants.

Stomata are pore-like structures that are present in the epidermis of the leaves.

These pores are enclosed by two cells that have a similar shape as a kidney. These are called Guard Cells of Stomata. Guard cells are modified epidermal cells.

Guard cells are responsible for the exchange of gases and transpiration. 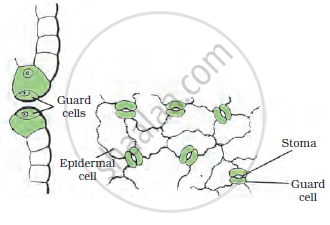 Tissues made of one type of cell, which looks like each other. 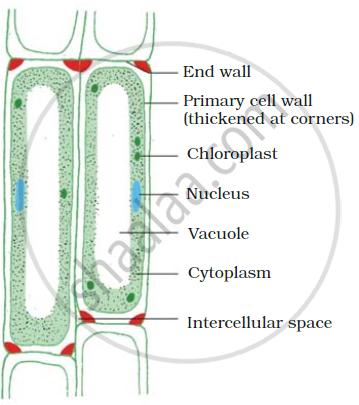 Which tissue makes up the husk of coconut?

The husk of a coconut is made up of sclerenchyma tissue.

What are the constituents of phloem?