Motion of a car on a level road 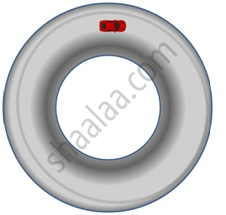 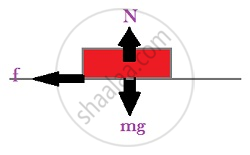 The centripetal force required for circular motion is along the surface of the road, and is provided by the component of the contact force between road and the car tyres along the surface. This by definition is the frictional force
f =< μs N

According to the second law, the force f providing this acceleration is:
`f_c=(mv^2)/R`

Motion of a car on a banked road 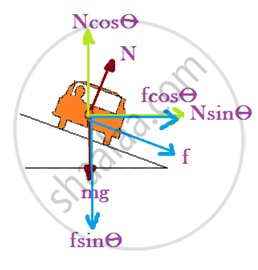 Problem: A circular racetrack of radius 300 m is banked at an angle of 15°. If the coefficient of friction between the wheels of a race-car and the road is 0.2, what is the
(a) optimum speed of the race car to avoid wear and tear on its tyres, and
(b) maximum permissible speed to avoid slipping?
Solution.
R = 300m
ϴ = `15^o`
μs = 0.2