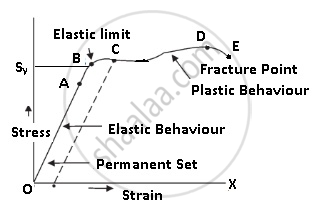 It is a curve between stress and strain.

Anvils made of single crystals of diamond, with the shape as shown in Figure, are used to investigate the behaviour of materials under very high pressures. Flat faces at the narrow end of the anvil have a diameter of 0.50 mm, and the wide ends are subjected to a compressional force of 50,000 N. What is the pressure at the tip of the anvil? 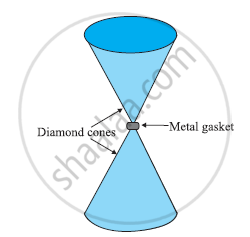