Some Natural Phenomena Due to Sunlight

The interplay of light with objects around us gives rise to several spectacular phenomena in nature. 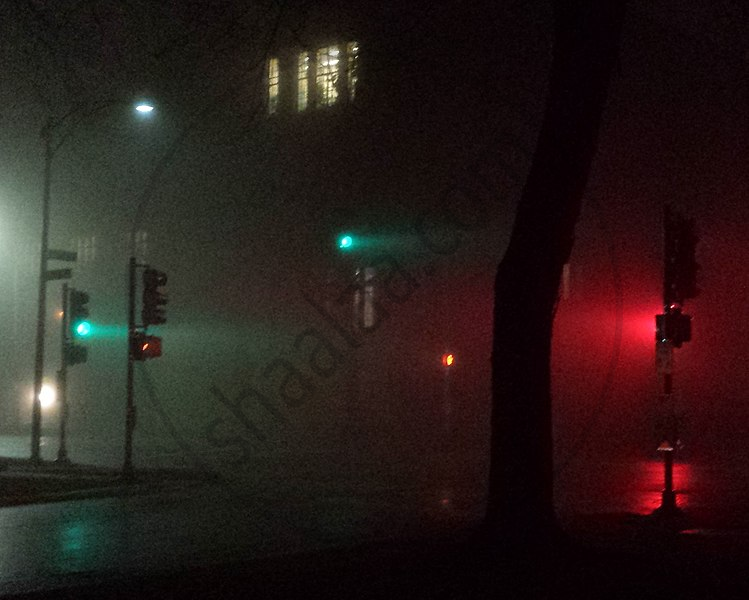 The earth’s atmosphere is a heterogeneous mixture of minute particles. These particles include smoke, tiny water droplets, suspended particles of dust and molecules of air.

When a beam of light strikes such fine particles, the path of the beam becomes visible. The light reaches us, after being reflected diffusely by these particles. The phenomenon of scattering of light by the colloidal particles gives rise to Tyndall effect.

This phenomenon is seen when a fine beam of sunlight enters a smoke-filled room through a small hole. Thus, scattering of light makes the particles visible. Tyndall effect can also be observed when sunlight passes through a canopy of a dense forest.

WHY IS THE COLOUR OF THE SKY BLUE?

-The molecules of air and other fine particles in the atmosphere have size smaller than the wavelength of visible light.

-The red light has a wavelength about 1.8 times greater than blue light. Thus, when sunlight passes through the atmosphere, the fine particles in air scatter the blue colour (shorter wavelengths) more strongly than red.

-The scattered blue light enters our eyes. If the earth had no atmosphere, there would not have been any scattering. Then, the sky would have looked dark.

-The sky appears dark to passengers flying at very high altitudes, as scattering is not prominent at such heights.

COLOUR OF THE SUN AT SUNRISE AND SUNSET:-

-Light from the Sun near the horizon passes through thicker layers of air and larger distance in the earth’s atmosphere before reaching our eyes.

-However, light from the Sun overhead would travel relatively shorter distance. At noon, the Sun appears white as only a little of the blue and violet colours are scattered. Near the horizon, most of the blue light and shorter wavelengths are scattered away by the particles.

-Therefore, the light that reaches our eyes is of longer wavelengths. This gives rise to the reddish appearance of the Sun. 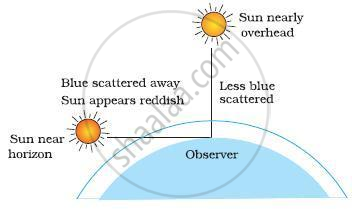 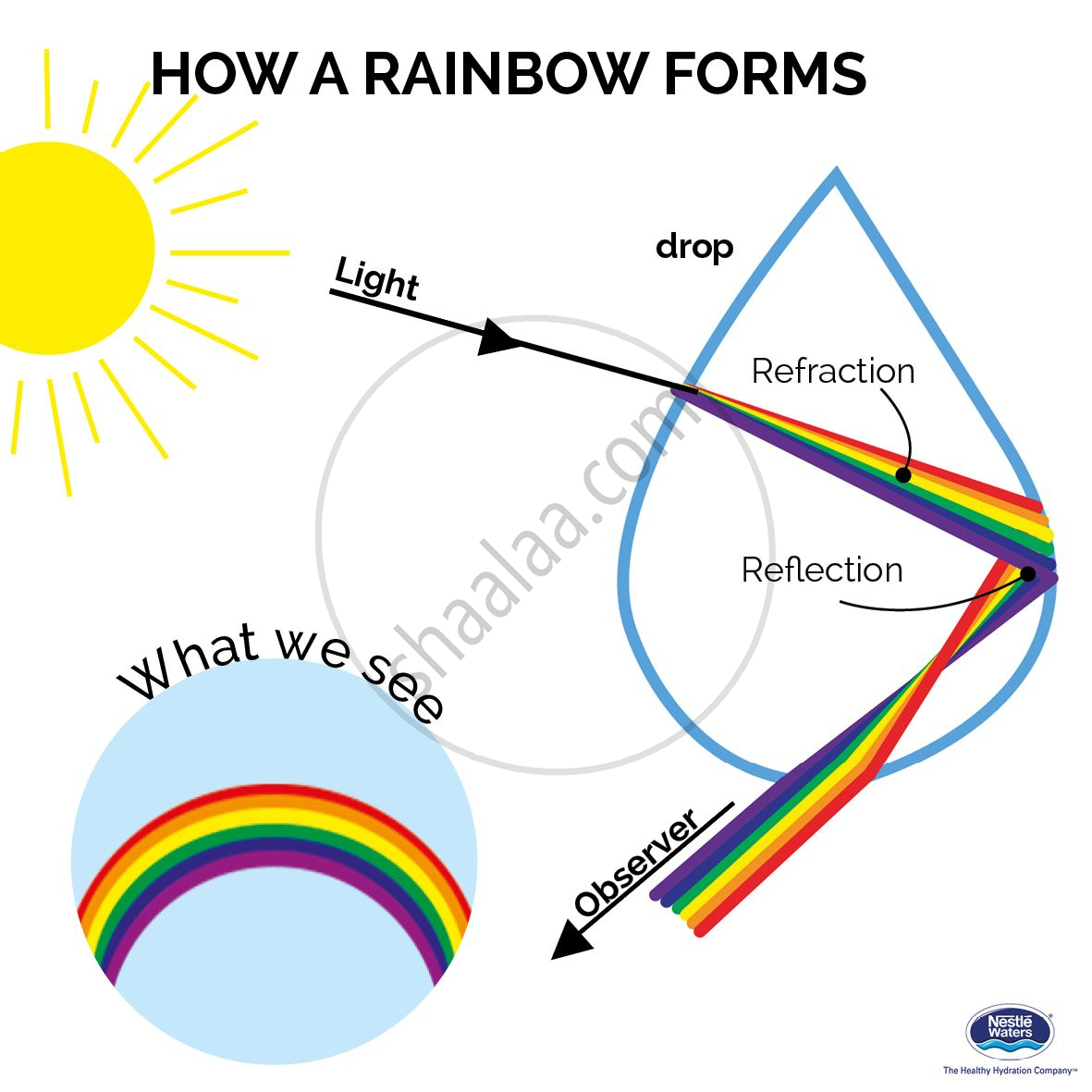 Give scientific reason : Danger signals are red in colour.

Fill in the blank:

Explain: ‘How is a rainbow formed’?

Fill in the blank and rewrite the completed statement: