Concept of a Line Graph

Concept of a Line Graph:

A line graph displays data that changes continuously over periods of time.

1. Consider the following data, given in tabular form. 1) The given graph represents the total runs scored by two batsmen A and B, during each of the ten different matches in the year 2007. Study the graph and answer the following questions. (i) What information is given on the two axes?
(ii) Which line shows the runs scored by batsman A?
(iii) Were the run scored by them the same in any match in 2007? If so, in which match?
(iv) Among the two batsmen, who is steadier? How do you judge it?

(i) The horizontal axis (or the x-axis) indicates the matches played during the year 2007. The vertical axis (or the y-axis) shows the total runs scored in each match.
(ii) The dotted line shows the runs scored by Batsman A. (This is already indicated at the top of the graph).
(iii) During the 4th match, both have scored the same number of 60 runs. (This is indicated by the point at which both graphs meet).
(iv) Batsman A has one great “peak” but many deep “valleys”. He does not appear to be consistent. B, on the other hand, has never scored below a total of 40 runs, even though his highest score is only 100 in comparison to 1 15 of A. Also, A has scored a zero in two matches, and in a total of 5 matches, he has scored less than 40 runs. Since A has a lot of ups and downs, B is a more consistent and reliable batsman.

The given graph describes the distances of a car from a city P at different times when it is travelling from City P to City Q, which are 350 km apart. Study the graph and answer the following: For an experiment in Botany, two different plants, plant A and plant B were grown under similar laboratory conditions. Their heights were measured at the end of each week for 3 weeks. The results are shown by the following graph. 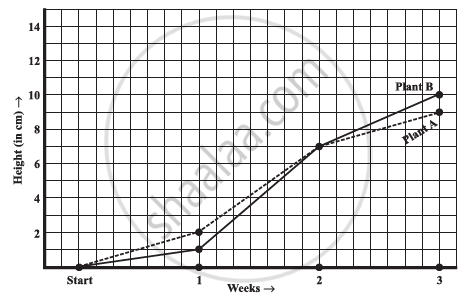 3) How much did Plant A grow during the 3rd week?

5) During which week did Plant A grow most?

6) During which week did Plant B grow least?

7) Were the two plants of the same height during any week shown here? Specify. 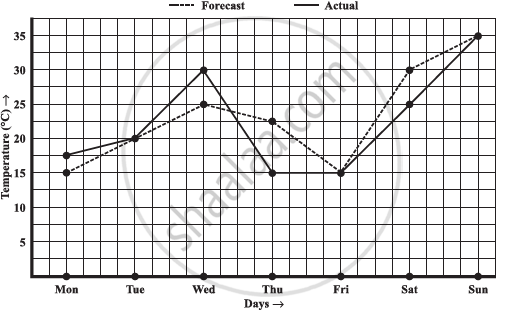 1) On which days was the forecast temperature the same as the actual temperature?

2) What was the maximum forecast temperature during the week?

3) What was the minimum actual temperature during the week?

4) On which day did the actual temperature differ the most from the forecast temperature?

Can there be a time temperature graph as follows? Justify you’re answer: 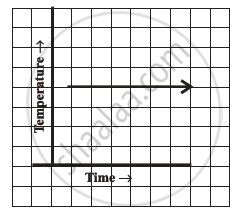 The following line graph shows the yearly sales figures for a manufacturing company. 4) In which year was there the greatest difference between the sales as compared
to its previous year?

The following table shows the number of patients discharged from a hospital with HIV diagnosis in different years:

Represent this information by a graph.

The following table shows the sales of a commodity during the years 2000 to 2006.

Draw a graph of this information.

Draw the temperature-time graph in each of the following cases:

Draw the temperature-time graph in each of the following cases: