There are several tricks with numbers to test divisibility by another numbers. 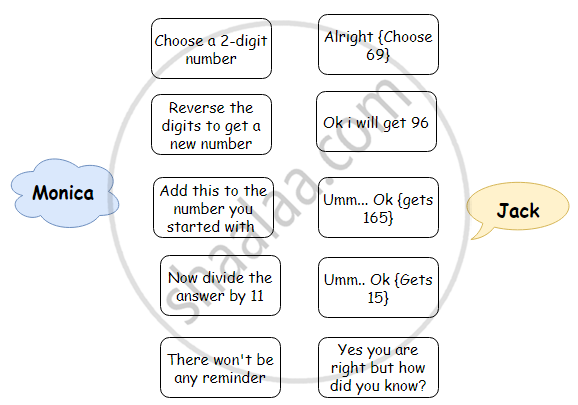 Similarly, we can try reversing the digits for dividing by 9. 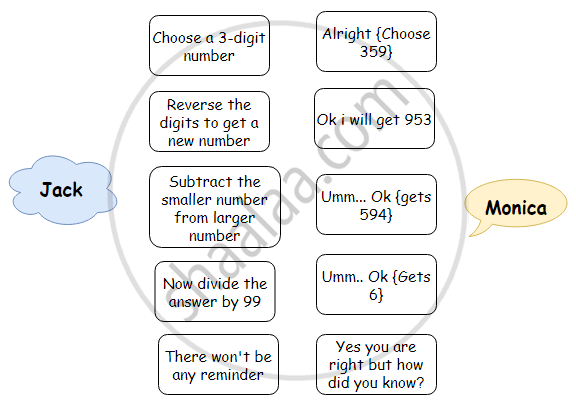 For a given three-digit number, rearrange the digits such that all the three numbers are distinct and add them all. Then dividing it by 37, the remainder is always 0.

For example, assuming a three-digit number 489.

Given an example of a number which is divisible by 2 but not by 4.

Given an example of a number which is divisible by both 4 and 8 but not by 32.

Which of the following statement is true?
If a number is divisible by both 9 and 10, it must be divisible by 90.

Which of the following statement is true?
The sum of two consecutive odd numbers is always divisible by 4.

Without performing actual computations, find the quotient when 94 − 49 is divided by
(i) 9
(ii) 5

If sum of the number 985 and two other numbers obtained by arranging the digits of 985 in cyclic order is divided by 111, 22 and 37 respectively. Find the quotient in each case.