The representation then becomes easier to understand than the actual data. We shall study the following graphical representations in this section.
(A)Bar graphs
(B) Histograms of uniform width, and of varying widths
(C) Frequency polygons

(A) Bar graphs:
A bar graph is a pictorial representation of data in which usually bars of uniform width are drawn with equal spacing between them on one axis (say, the x-axis), depicting the variable. The values of the variable are shown on the other axis (say, the y-axis) and the heights of the bars depend on the values of the variable.
Steps in the process:
1. Decide on a title for your graph.
2. Draw the vertical and horizontal axes.
3.Label the horizontal axes.
4. Write the names of pets where the bars will be.
5. Label the vertical axes.
6. Decide on the scale. Explain that you should consider the least and the greatest number shown on the graph. Discuss what range of numbers should be shown on this bar graph.
7. Draw a bar to show the total for each item.

(B) Histograms :
There are no gaps in between consecutive rectangles, the resultant graph appears like a solid figure. This is called a histogram, which is a graphical representation of a grouped frequency distribution with continuous classes. Also, unlike a bar graph, the width of the bar plays a significant role in its construction.

To find the class-mark of a class interval, we find the sum of the upper limit and lower limit of a class and divide it by 2. Thus,

Read the bar graph given in Fig. 23.22 and answer the following questions: 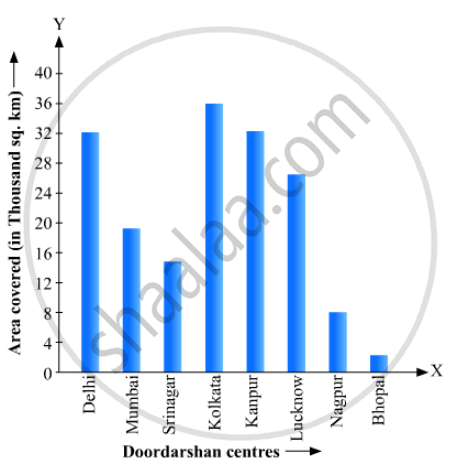 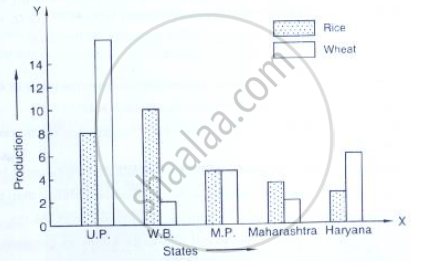 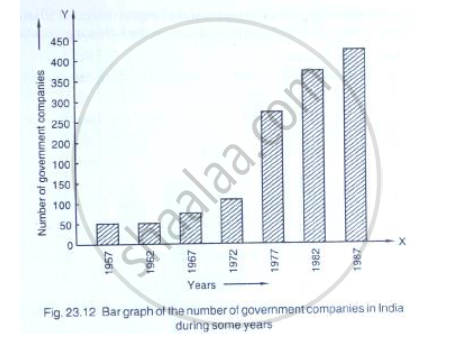 Read the bar graph shown in Fig. 23.10 and answer the following questions
(i) What is the information given by the bar graph? 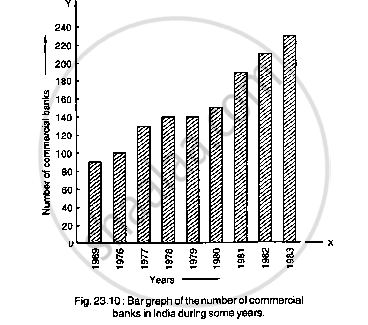 The following table shows the daily production of T. V. sets in an industry for 7 days of a week:

Represent the above information by a pictograph .

The following table shows the number of Maruti cars sold by five dealers in a particular month:

Represent the above information by a pictograph.

The population of Delhi State in different census years is as given below: