Acceleration = Change in velocity/time taken
Its unit is m/s². 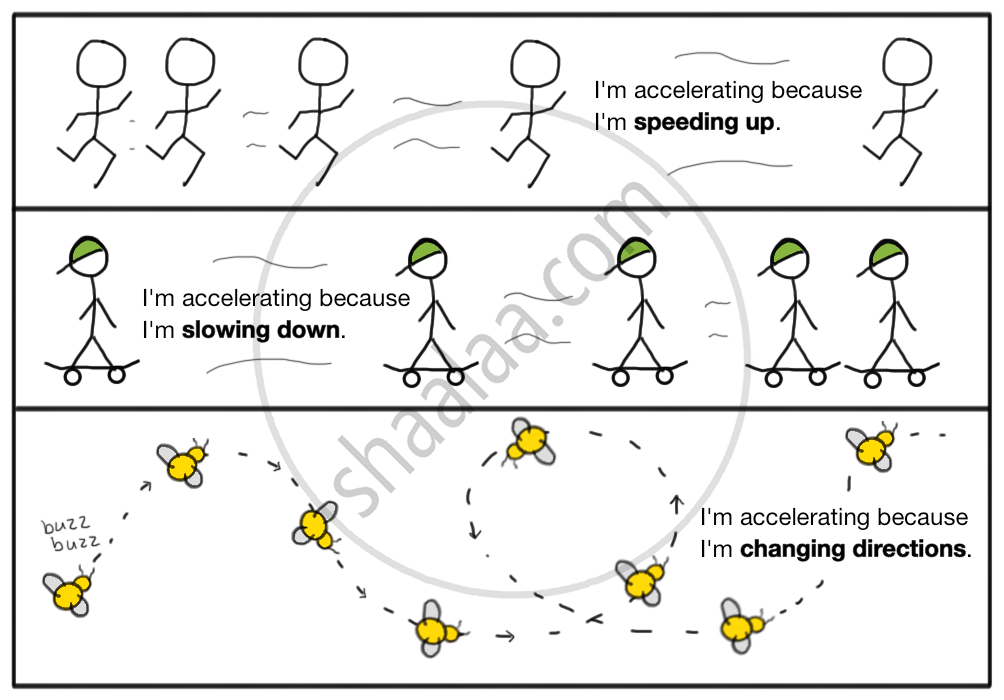 Velocity is a quantity having both magnitude and direction, a change in velocity may involve either or both of these factors. Acceleration may result from a change in speed, a change in direction or changes in both. Like velocity, acceleration can also be positive, negative or zero.

Motion in Different Acceleration for Different Time Intervals
Let’s understand this through an example. Suppose, a particle started its motion from rest with an acceleration of 1m/s² for 2s and then continued it for next 1s changing to 2m/s². The distance travelled during this will be: 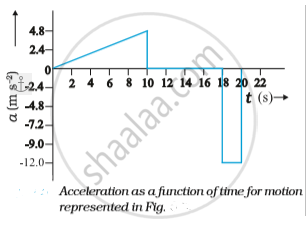 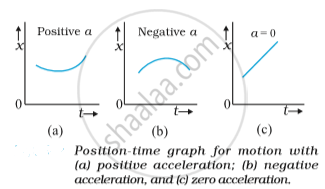 Let us see how velocity-time graph looks like for some simple cases as shown below. The shows velocity time graph for motion with constant acceleration for the following cases:

Average Acceleration
It is the change in velocity divided by an elapsed time. For instance, if the velocity of a marble increases from 0 to 60 cm/s in 3 seconds, its average acceleration would be 20 cm/s². This means that the marble’s velocity will increase by 20 cm/s every second.

Freefall object experiences an acceleration of g= 9.8m/s² in a downward direction that is towards the center of the earth. In upward direction it is -g = -9.8m/s²

to keep track of your progress.
Straight line motion Part 12 (Acceleration) [00:09:58]
S
to track your progress

If a particle is accelerating, it is either speeding up or speeding down. Do you agree with this statement?

Give example where the velocity is perpendicular to the acceleration.

Give example where  the velocity of a particle is zero but its acceleration is not zero.

A stone is released from an elevator going up with an acceleration a. The acceleration of the stone after the release is

The accelerations of a particle as seen from two frames S1 and S2 have equal magnitude 4 m/s2.

An object having a velocity 4.0 m/s is accelerated at the rate of 1.2 m/s2 for 5.0 s. Find the distance travelled during the period of acceleration.

Give example where the velocity is opposite in direction to the acceleration.