This programme was launched in 2005. The mission is for massive modernisation of the cities through modifications in road building, public transport, wastewater disposal, and management systems and sewage disposal systems, housing for the poor, etc.

In 1998, Government of India announced a programme of creating national highway network to join the four megacities - Delhi, Mumbai, Chennai, and Kolkata. National Highways Authority of India is managing this project. This project aimed at tasks like developing two highways about 7300 km. in length linking all the four quarters of the country, to provide rapid transportation to important port cities in the country. The programme progressed rapidly by completing 1⁄4 of the total length of the highways till 2008.

The Delhi Metro railway was flagged off in 2002. Metro railway running above and underground has introduced a major change in the public transport system of the metropolises of India. It facilitated speedy and smooth transit. Mumbai Metro Line - 3 (MML - 3) is one of such key projects to improve the transportation scenario in the financial capital of India i.e. Mumbai. MML-3 has been envisioned to be the modern transport of the 21st century. State-of-the-art technologies would be harnessed during the construction of the project to ensure the protection to existing building structures. To ensure no trespassing on tracks, the stations would be provided with Platform Screen Doors. The stations would also be facilitated with automatic fare collection machines for contactless revenue collection. 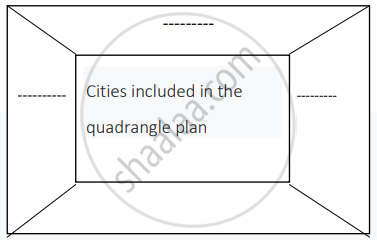 Explain the following statement with reason.