Various instruments like the compass, telescope, thermometer, and the barometer were invented in this period. Microscopes invented in this period made it easier to observe various types of micro-organisms. Robert Boyle, an alchemist is known for discovering that the absolute pressure and the volume of a gas are inversely proportional. This created interest in further research on gases like hydrogen, nitrogen, and oxygen. The research in physics was more focused on various aspects of 'heat' and 'sound'. In zoology, a methodology known as 'Taxonomy' was developed to classify animals. The research by Benjamin Franklin was very important as it threw light on various aspects of lightning and electricity. He coined many technical terms, which are used in electrical science even today.

Weaving of woolen cloth was a very old cottage industry in England. In the year 1738, John Kay made and patented the 'flying shuttle'. It increased the speed of weaving. The next advanced stage was 'spinning jenny', a spinning frame with multiple spindles, made by James Hargreaves in England. One could work eight spindles simultaneously on this frame and it reduced the amount of labor and time of production. In the year 1769, Richard Arkwright made a more advanced spinning frame, which mechanized the process of spinning. It could produce yarns much faster with better twisting and strength. Samuel Crompton invented a more modified spinning machine in 1779 C.E., named as 'spinning mule'. With this machine, the speed of producing cloth increased two hundred times. In 1785 C.E. Edmund Cartwright invented the power loom. In the year 1793 a machine called 'cotton gin' was introduced. This machine was useful in removing cotton seeds from cotton fibers with a much greater speed.

England had a number of iron mines but it was necessary to advance the technique of smelting iron in order to acquire purified iron from it. Gradually the fuel for iron furnaces was replaced from wood to coal. It facilitated the creation of furnaces that could attain much higher temperature resulting in increased production of iron. Later, special machines were made to keep the furnaces burning at a set temperature and to maintain its aeration. In 1865 the process of producing steel from molten iron was invented and the nature of the iron industry underwent a major transformation. At about the same time, a method was developed to pour the molten metal into casts for making iron bars (for example, rails).

Once a machine proved effective for one industry, people tried to test its usefulness for other industries too. These attempts resulted in the inventions of newer machines. In 1783 Thomas Bell made a machine for cylinder or roller printing on fabric. By 1809 a machine came in use for sticking together the heels and soles of a shoe. Tailoring machines were made. James Watt invented the steam engine. In the beginning, this engine was only used to transport coal and iron ore out of the mines. Later, steam-powered machinery came to be used in the textile industry.

In course of time steam-powered ploughs, harvesters, grass cutting machines were made. These machines could complete agricultural operations in a very short time. In America Robert Fulton, an engineer successfully sailed the steamboat, which was named, ‘Clermont’. The first attempt of using a steam engine for road transport was done by George Stephenson. A steam engine for the railway was also produced. This railway engine could successfully cut the distance between Liverpool to Manchester. Later railway services were expanded through Europe. It shortened the time of travel within Europe.

Find the incorrect pair from group 'B', and write the corrected ones.

Give detailed information of inventors and scientific inventions during the renaissance period.

A machine called ‘Spinning Jenny’ was created by ______ in England. 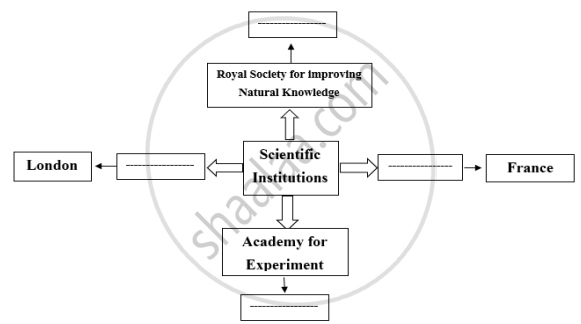