The British established ‘East India Company’ on 31st December 1600. Queen Elizabeth granted permission to the company to trade in the eastern countries.

In the beginning the East India Company’s operations were limited to send their cargos to the eastern countries, to sell the British goods in those countries, to buy spices with the profits earned there and the cash carried from home, to sell the spices in England and to earn profits. The sailboats of those days needed to plan their forward and backward voyages in specific periods of the year. Therefore, to carry out trade transactions was more tedious. Under such circumstances the British were in need of a permanent place to build warehouses to store the goods bought at low prices. The British boats used to sail from England during the months of December to April and used to return to England after an year in the month of January after completing trading transactions in India. This required that they to stay in India over a period of 9-13 months. Hence, the company decided to build their ‘factories’ (emporiums – a place where goods are bought, stored and sold) in India. The staff of the factories were called ‘factors’. In 1623, the British Government, under the civil and military law, granted the company an authority of adopting punitive measures for the erring staff. The company was also given the right of monopoly to trade in the eastern countries. Charles II, the king of England, issued a charter allowing the company to build forts in India, to maintain an army and to make treaties with non-Christians.

In the latter half of the 17th century, the company operated from Surat and Madras (Chennai). The eastern coast, Odisha, Bengal in India and other eastern countries were under the company’s jurisdiction. The factories at Rajapur in Maharashtra, port city of Mokha (Mocha in Yemen) in the Red Sea, Basra in the Persian Gulf were controlled by the Surat centre. The Surat factory staff comprised of an accountant, an in-charge of the stores, a treasurer, some factors and clerks. In addition there was a Christian priest, a surgeon and his assistant, cooks, Company President’s personal servants and a trumpet blower.

The British citizens were also appointed in the factories as apprentices, clerks and factors. Everybody, right from the President to apprentices lived in the factory premises. All were provided food by the company mess. They were permitted to trade various commodities except those which were banned by the company (such as textiles, indigo, spices, wool, lead, corals, ivory, etc.).

The company started building forts in India as part of their strategy. They built a fort and a factory in Chennai. The fort was named as ‘Fort St. George’. A mint was also established in Chennai. The British issued their own coinage of gold, silver, alloys and copper from this mint.

In 1661, Charles II, the king of England was engaged to Braganza, the Princess of Portugal. Charles was one of the most popular and beloved kings of England, known as the Merry Monarch, in reference to both the liveliness and hedonism of his court and the general relief at the return to normality after over a decade of rule by Cromwell and the Puritans.

Negotiations for the marriage began during the reign of King Charles I, were renewed immediately after the Restoration, and on 23 June 1661, in spite of Spanish opposition, the marriage contract was signed. England secured Tangier (in North Africa) and the Seven Islands of Bombay (in India), trading privileges in Brazil and the East Indies, religious and commercial freedom in Portugal, and two million Portuguese crowns (about £300,000). In return Portugal obtained British military and naval support (which would prove to be decisive) in her fight against Spain and liberty of worship for Catherine.

The king of Portugal gifted the islands of Mumbai to Charles II on this occasion. Abraham Shipman, an Englishman was assigned 500 soldiers and was appointed as the ‘Governor of Bombay’. In 1665, Mumbai was fully under the British control. Mumbai comprised seven islands, namely, Mumbai, Mahim, Paral, Wadala, Worli, Sion (Shiv) and Mazgaon. Charles II leased Mumbai to the East India Company because the expenditure for its maintainance exceeded than the income earned from it. In 1669, the company appointed Sir George Oxenden as Governor of Surat and Commander-in-Chief of Mumbai. A British mint was established in Mumbai and coins of silver, copper and zinc were issued from there. This encouraged merchants and artisans to come and settle down in Mumbai. The company had 5-6 small ships and around 300 soldiers to ensure the security of Mumbai. The soldiers were given guns and swords. 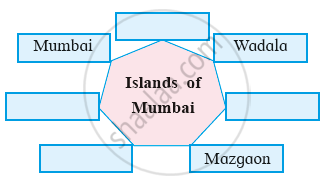 Three wars, known as Karnetic wars were fought between ______ on Indian land.

The permission was given to the British East Company to trade with India by ______ of England.

The British had created beautiful gardens at Surat, Karwar, Mumbai, Chennai, etc because ______