Swarajya to Empire - Contribution of Sants

Swarajya to Empire - Contribution of Sants:

The condition of the common people was miserable. These were the times when the sants in Maharashtra made efforts to bring the masses back to life. In Maharashtra, the tradition of sants, which began with Chakradhar Swami, Sant Namdev, Sant Dnyaneshwar, Sant Eknath, Sant Tukaram, and Samarth Ramdas. It was continued by sants coming from various strata of society. For example Sant Chokhamela, Sant Goroba, Sant Sawata, Sant Narhari, Sant Sena, Sant Shaikh Muhammad, etc. Similarly, women sants such as Sant Nirmalaba, Sant Muktabai, Sant Janabai, Sant Kanhopatra, and Sant Bahinabai Siurkar also belong to this period. The sants, created a sense of belonging among people toward their native region, language, literature, and culture. They gave a message of equality to people. Their teachings were based on the principles of humanity.

Sarvadnya Shri Chakradhar Swami (also known as Kunwar Haripal Dev) was an Indian philosopher, and one of the most important exponents of the Vaishnavism tradition within Hinduism. He is the founder of Mahanubhava Sampradaya of Vaishnavism in 1267.  He did not recognize caste distinctions, and like Buddha had only two others viz the householder and recluses. Details of the life of Namdev are vague. He is traditionally believed to have lived between 1270 and 1350 but S. B. Kulkarni, according to Christian Novetzke, "one of the most prominent voices in the historical study of Maharashtrian Sant figures" - has suggested that 1207-1287 is more likely, based on textual analysis.

Sant Tukaram Maharaj also referred to as Santshreshta, Jagadguru, Tukoba, and Tukobaraya was a 17th-century Hindu poet and sant of the Bhakti Movement in Maharashtra. He was part of the egalitarian, personalized Varkari devotionalism tradition. Sant Tukaram Maharaj is best known for his devotional poetry called Abhanga and community-oriented worship with spiritual songs known as Kirtans. His poetry was devoted to Vitthala or Vithoba. Bahinabai's abhanga compositions, written in Marathi, focus on her troubled marital life and the regret of being born a woman. Bahinabai was always torn between her duties to her husband and her devotion to Vithoba. Her poetry mirrors her compromise between her devotion to her husband and God.  She is considered as a disciple of another Varkari poet-saint Tukaram. Their teaching helped people to survive situations like foreign invasions, draughts, or other natural calamities. Their devotional songs became a source of great moral support for people. Their work created a sense of self-esteem among the people of Maharashtra. 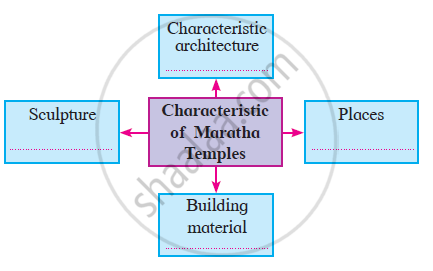 Explain the statement with reasons.
Shahajiraje is known as the visionary of Swarajya.