Man has come a long way in his evolution from the earliest times to modern times. In traversing this long journey he has passed through different ages from palaeolithic to what may be called space and cyber age. In this long and arduous journey technology has played an important role as the most important instrument of change.

4. Chalcolithic Age or the Age of Metals:

It is apparent that the common prerequisites were present in Mesopotamia, Egypt, China and Indian Subcontinent to initiate the onset of the Neolithic age and agriculture. The last Glacial period in the history of our planet came to an end at about 12000-11000 years ago. It was the beginning of a new epoch, which is known as ‘Holocene’. With the beginning of the Holocene, glaciers began to melt and the water volume in the water bodies like rivers and ocean increased. As a result, the availability of animals and vegetation for food increased. This period had also witnessed the extinction of species of gigantic animals like a mammoth. However, varied species of fish and small animals like goat, sheep, deer, etc. were amply available for food. The heavy tools of Palaeolithic times were of no use either for fishing or for hunting small animals. The technique of removing long stone blades had been developed in the Upper Palaeolithic age. In the Mesolithic age the same technique was used and blades as small as fingernails were removed to make tools. These blades known as microliths were either hafted on the tips of wooden/bone shafts or in the grooves made on those shafts. Thus, modified composite tools like fishing harpoons, spears and arrows could be made. Ample cereals and fruits, grown naturally, were available. Tools like sickle and scythe were made by hafting microliths for harvesting the cereals and fruits. Thus, the technology evolved; the techniques of hunting and obtaining food improved; food became available in plenty. This resulted in making the Mesolithic people stay at one place for a longer time of the year. Harvesting of naturally grown cereals led them into systematic cultivation. The technique of agricultural and pastoral operations (animal husbandry) continued to evolve. The nature of these operations is such that the farmer is compelled to settle down permanently near the cultivated land. He doesn’t need to go out in search of food. This is how the villages were settled on a permanent basis. This prepared the ground for the rise of the Neolithic Age. This transition was drawn over a prolonged period.

Nevertheless, considering radical changes in the way of life during the Neolithic Age, the Australian archaeologist Gordon Childe coined the term ‘Neolithic Revolution’. 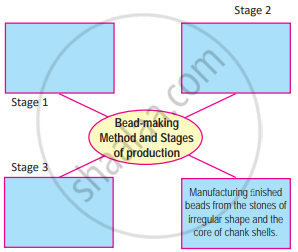 The neolithic people invented wheel and the technology they had developed so far, underwent a revolution.