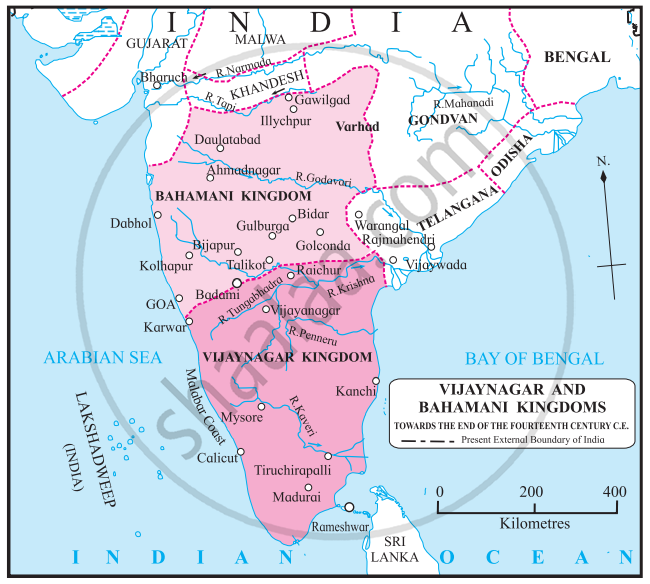 In 1347 C.E. some of the Sardars in the south revolted against Sultan Muhammad Tughluq under the leadership of Hasan Gangu.

Zafar Khan was noble in the employ of Mohd. Bin Tughluq. His descent is unknown. However, there is a popular legend regarding him narrated by the 17th-century poet Ferishta, which says that he was a servant of a Brahmin astrologer named Gangu (Gangadhar Shastri Wabale) of Delhi and he was himself called Hasan Gangu. Historians have not found any corroboration for the legend.

Zafar Khan began his career as a general serving under the Sultan Mohd. Bin Tughluq. He was made a governor. In 1347 he was made commander of an army in Daulatabad On 3 August 1347 Nasir-ud-Din Ismail Shah (Ismail Mukh, whom the rebel amirs of the Deccan placed on the throne of Daulatabad in 1345) abdicated in his favour and he set up the Bahmani Kingdom with its headquarters at Hasanabad.

Before the establishment of his kingdom, he was holding the Jahangir of Miraj, Belgaum, and Hukeri on behalf of Tughlaq's and he used to live along with his widowed mother at Miraj town. After establishing his kingdom, he handed over his kingdom to his eldest son. The sources like Isami and The Buran mentions Miraj was his headquarters of his Jahangir.

They captured the fort of Daulatabad. Hasan Gangu took up the title, ‘Alauddin Bahamatshah’, and established the Bahamani kingdom. Hasan Gangu established his capital at Gulbarga in Karnataka. He focused on the expansion of his kingdom. During the period of Bahamani rule, the Prime Minister (Vazir) Mahmud Gawan strengthened the kingdom. He paid the soldiers with a fixed salary instead of Jahagirs (land grants). The land revenue was fixed based on land measurement Gawan was interested in mathematics and medicine. He had a large personal collection of books, and established Madarasa at Bidar, because of which he stands apart from his contempories. After the death of Mahmud Gawan, the Bahamani court was divided into different factions. The conflict among them affected the kingdom adversely. The conflict with the Vijaynagar kingdom had also taken a toll on the political strength of the Bahamani kingdom. The provincial Governors began to operate more independently. This led to the disintegration of the Bahamani kingdom into five small ruling houses - Imadshahi of Varhad, Baridshahi of Bidar, Adilshahi of Bijapur, Nizamshahi of Ahmednagar, and Qutubshahi of Golconda. In 1565 C.E., in the battle of Talikota, these five ruling houses came together under the Bahamani leadership and defeated the emperor of Vijayanagar and the Vijayanagar Empire came to an end. The Sultanate period had far-reaching effects on the political and social life of India. A new culture developed as the effect of synthesis between Islamic and local Indian traditions. After the end of the Sultanates, the Mughal Empire was established in the north.