A wave is a disturbance produced in a medium as the particles of the medium vibrate.

The particles produce motion in each other without moving forward or backwards.

This leads to the propagation of sound.

How can sound travel through air?

When an object vibrates in the air or produces a sound, some regions of high pressure are created in front of it. These are called the Regions of Compression.

These regions of compression move forward in the medium as particles exert pressure on their adjacent particles.

With alternate regions of compression, there are also regions of low pressure that are in its front. These are called Regions of Rarefaction.

As the object would move forwards and backwards consecutively producing sound, the series of compressions and rarefactions will be created. This will allow sound to move through air or any other medium as well.

If the medium is dense the pressure exerted on the particles will be more in order to propagate the sound and vice versa.

Therefore, we can also say that propagation of sound is all about change in the pressure of the medium.

A wave that is produced when objects of the medium oscillate is called Mechanical Wave. The sound waves are therefore, mechanical waves.

Sound cannot travel through the vacuum as it always needs a medium to propagate. The vacuum contains no air hence no particles can propagate sound. 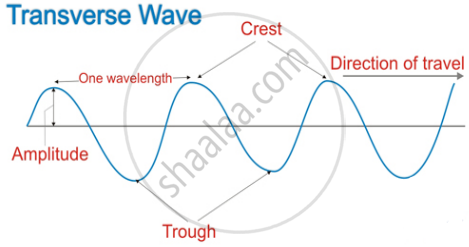