Sections of a Cone

Let l be a fixed vertical line and m be another line intersecting it at a fixed point V and inclined to it at an angle α Fig. 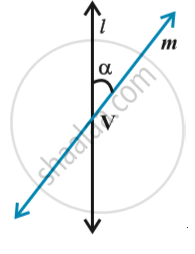 Suppose we rotate the line m around the line l in such a way that the angle α remains constant. Then the surface generated is a double-napped right circular hollow cone  and extending indefinitely far in both directions Fig. 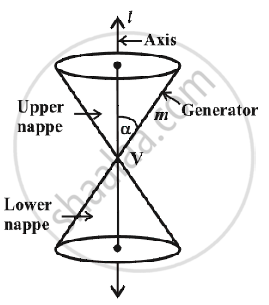 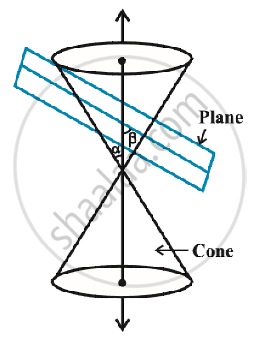 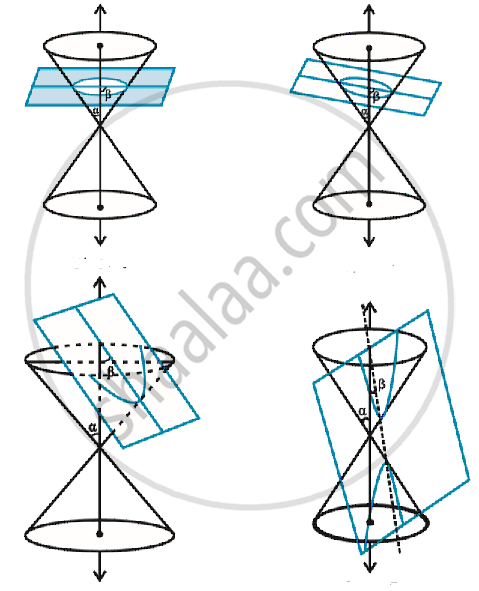 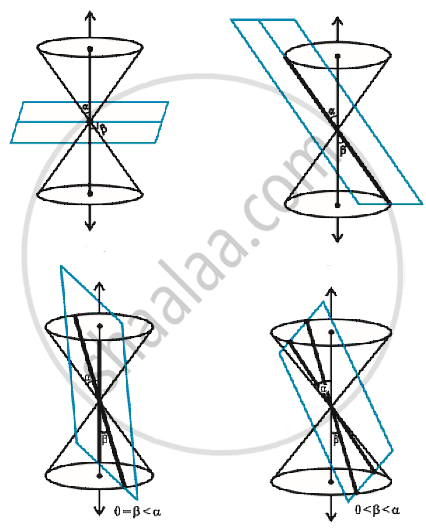 Shaalaa.com | Sections of a cone 1