Catenation:- Carbon has the unique ability to form bonds with other atoms of carbon, giving rise to large molecules. .The linkage of atoms of the same elements to form longer chain is called CATENATION.

Carbon has the atomic number of 6, meaning each carbon atom has a total of six electrons. Two are in the completed inner orbit, while four electrons are found in the atom’s outermost orbit. This basically means that carbon has four valence electrons (outer electrons that are available for forming bonds with other atoms). Because of this arrangement within the atom’s orbits, carbon is called Tetravalent.

Carbon due to its tetravalent nature has the unique property to form bonds with other atoms of carbon forming a long chain. Because of its property of catenation, carbon can form a carbon atoms may be linked by single, double or triple bonds. Compounds of carbon, which are linked by only single bonds between the carbon atoms are called saturated compounds.

Compounds of carbon having double or triple bonds between their carbon atoms are called unsaturated compounds.

The carbon-carbon bond is very strong and hence stable. This gives us the large number of compounds with many carbon atoms linked to each other.

Since carbon has a valency of four, it is capable of bonding with four other atoms of carbon or atoms of some other mono-valent element. Compounds of carbon are formed with oxygen, hydrogen, nitrogen, sulphur, chlorine and many other elements giving rise to compounds with specific properties which depend on the elements other than carbon present in the molecule. Again the bonds that carbon forms with most other elements are very strong making these compounds exceptionally stable. One reason for the formation of strong bonds by carbon is its small size. This enables the nucleus to hold on to the shared pairs of electrons strongly. The bonds formed by elements having bigger atoms are much weaker.

Formulae and structures of saturated compounds of carbon and hydrogen 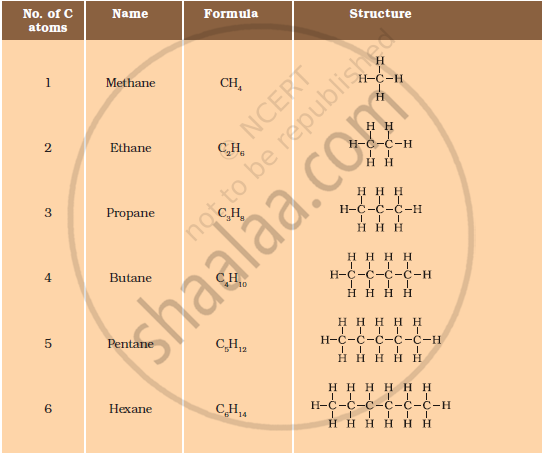 These compounds have the same molecular formula but different structure. These are known as structural isomers. 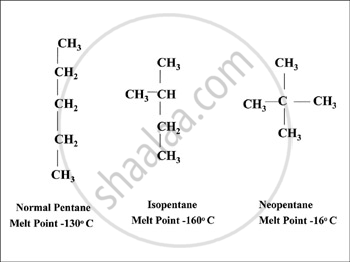 to keep track of your progress.
Carbon and Compounds part 10 (Hydrocarbon aliphatic) [00:13:00]
S
to track your progress