A coordinate geometry is a branch of geometry where the position of the points on the plane is defined with the help of an ordered pair of numbers also known as coordinates. Coordinates are in the form of x and y. 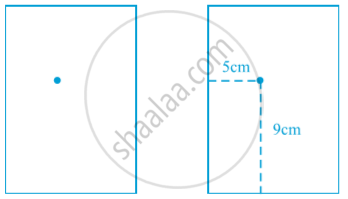 The perpendicular distance of the P (4,3)  from y-axis is

The abscissa of a point is positive in the

A point whose abscissa is −3 and ordinate 2 lies in