Inequalities in a Triangle

Activity : Construct a scalene triangle (that is a triangle in which all sides are of different lengths). Measure the lengths of the sides. In ∆ ABC of following fig.

BC is the longest side and AC is the shortest side. Also, ∠ A is the largest and ∠ B is the smallest.

Theorem : If two sides of a triangle are unequal, the angle opposite to the longer side is larger (or greater).
Activity :  Draw a line-segment AB. With A as centre and some radius, draw an arc and mark different points say P, Q, R, S, T  on it.  Join each of these points with A as well as with B in following fig .

Observe that as we move from P to T, ∠ A is becoming larger and larger. The length of the side is also increasing; that is ∠ TAB > ∠ SAB > ∠ RAB > ∠ QAB > ∠ PAB and TB > SB > RB > QB > PB.
Now, draw any triangle with all angles unequal to each other. Measure the lengths of the sides in following fig. 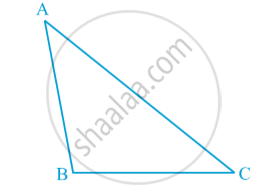 Theorem : The sum of any two sides of a triangle is greater than the third side.

In above fig.  the side BA of ∆ ABC has been produced to a point D such that AD = AC.

Shaalaa.com | Theorem : The sum of any two sides of a triangle is greater than the third side.

to keep track of your progress.
Theorem : The sum of any two sides of a triangle is greater than the third side. [00:16:40]
S
to track your progress

In a triangle locate a point in its interior which is equidistant from all the sides of the triangle.

Show that in a right angled triangle, the hypotenuse is the longest side.

In the given figure sides AB and AC of ΔABC are extended to points P and Q respectively. Also, ∠PBC < ∠QCB. Show that AC > AB. 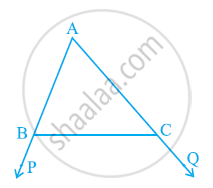 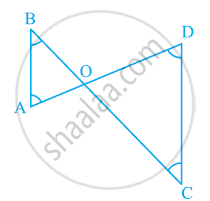 AB and CD are respectively the smallest and longest sides of a quadrilateral ABCD (see the given figure). Show that ∠A > ∠C and ∠B > ∠D. 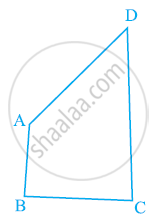 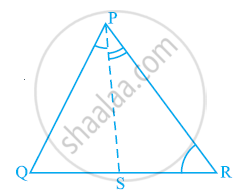 Show that of all line segments drawn from a given point not on it, the perpendicular line segment is the shortest.