Its vast coastline in the South and the presence of Himalayan mountain ranges to the north and the northeast have shaped India’s attitude towards foreign and security policy. Similarly, the presence of a large country like China across almost the entire north and north-eastern border also affects India’s foreign policy. The unique geography of South Asia-while all neighbouring countries share a border with India, none share a border with each other-shapes the foreign policy too. India holds a dominant position in the Indian Ocean. It has an extensive coast line with Lakshdweep Islands in the west and Andaman and Nicobar Islands in the East.

This includes the impact of India’s traditional cultural values, such as peace and co-existence. It also includes the influence of historical cultural ties with the neighbouring civilisations in West, Central and Southeast Asia on India’s foreign policy. Some of the basic values of Indian foreign policy like anti- colonialism and anti-racialism were laid during the freedom struggle.

The policy of Non-Alignment has a political, economic and strategic context. There was a strong urge to come out of poverty and backwardness that had emerged from the colonial period. India also refused to accept financial aid from various donor countries, if it came with conditions unacceptable to India. The policy of import-substitution and giving importance to public sector enterprises had a tremendous impact on India’s foreign policy. Many fundamental changes have occurred in foreign policy of India after adopting the policy of Liberalisation, Privatisation and Globalisation in the post 1991 era.

Answer the following question in detail with help of the given points. 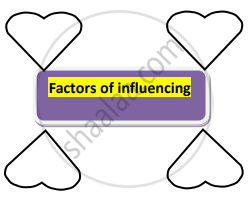 Write in detail based on the following points.