Give an account of weather conditions and characteristics of the cold season.

Give the characteristics and effects of the monsoon rainfall in India.

(i) According to their distance from the equator.

(ii) According to their altitude above mean sea-level. 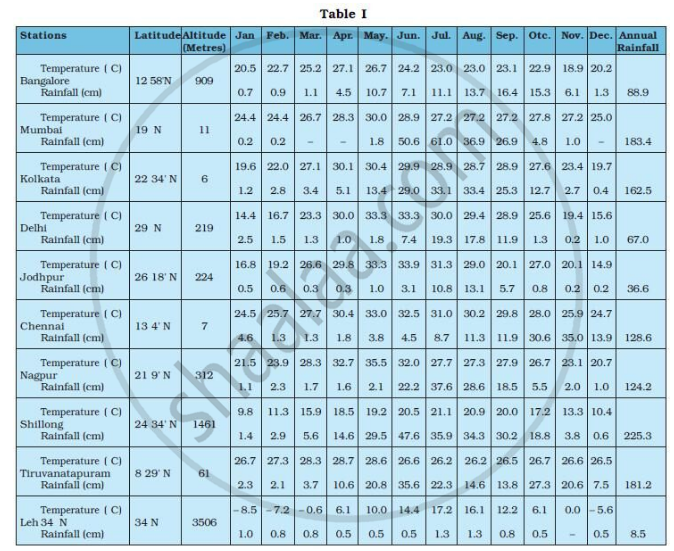 In above Table the average mean monthly temperatures and amounts of rainfall of ten representative stations have been given. It is for you to study on your own and convert them into ‘temperature and rainfall’ graphs. A glance at these visual representations will help you to grasp instantly the similarities and differences between them. One such graph (Figure 1) is already prepared for you. See if you can arrive at some broad generalisations about our diverse climatic conditions. 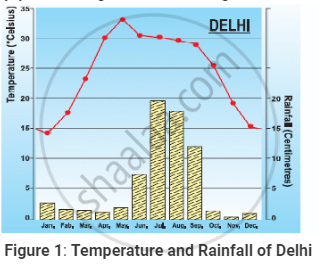 (v) Two stations most influenced by the Arabian branch of southwest monsoons.

(vi) Two stations most influenced by the Bay of Bengal branch of south-west monsoons.

(x) The two hottest stations in the months of