A parabola is the set of all points in a plane that are equidistant from a fixed line and a fixed point (not on the line) in the plane.

The fixed line is called the directrix of the parabola and the fixed point F is called the focus Fig.   (‘Para’ means ‘for’ and ‘bola’ means ‘throwing’, i.e., the shape described when you throw a ball in the air). 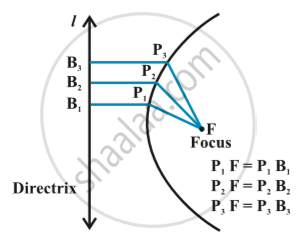 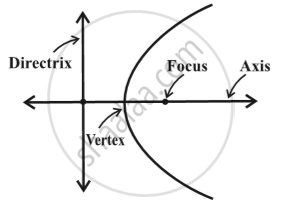