An ellipse is the set of all points in a plane, the sum of whose distances from two fixed points in the plane is a constant.

The two fixed points are called the foci (plural of ‘focus’) of the ellipse in the following Fig. 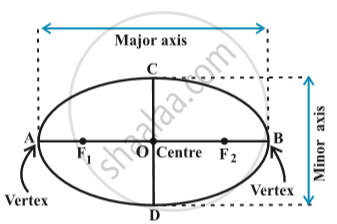