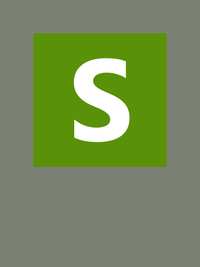 A. Read the following extract and do the given activities:

State whether the following statement is true or false:

He took the paper, and I watched And saw him peep within At first line he read, his face Was all upon the grin He read the next; the grin grew broad And shot from ear to ear; He read the third; a chuckling noise I now began to hear. The fourth; he began to roar. The fifth; his waistband split; The sixth; he burst five buttons And tumbled in a fit. Ten days and nights, with sleepless eyes, I watched that wretched man, And since, I never dare to write As funny as I can.

B. Name and explain the figure of speech in the following line.  (01)

Read the following poem and write an appreciation of it with the help of the given points in a paragraph format:

Animals I think I could turn and live with animals, they are so placid and self-contained I stand and look at them long and long. They do not sweat and whine about their condition, They do not lie awake in the dark and weep for their sins, They do not make me sick discussing their duty to God, Not one is dissatisfied, not one is demented with the mania of owning things. Not one kneels to another, nor to his kind that lived thousands of years ago, Not one is respectable or unhappy over the whole earth. So they show their relations to me and I accept them, They bring me tokens of myself, they evince them plainly in their possession I wonder where they get those tokens, Did I pass that way huge times ago and negligently drop them?

You can use the following points while appreciating the given poem.

Read the following extract and complete the given activities:

From the following extract of the poem provide evidence that it set in a rural background:

With candles and with lanterns throwing giant scorpion shadows on the mud-baked walls they searched for him; he was not found. they clicked their tongues. With every movement that the scorpion made his poison moved in Mother’s blood, they said. May he sit still, they said May the sins of your previous birth be burned away tonight, they said. May your suffering decrease the misfortunes of your next birth, they said. May the sum of all evil balanced in this unreal world against the sum of good become diminished by your pain.

Read the following poem and write an appreciation of it with the help of the given points in a paragraph format:

Where the Mind is Without Fear...
Where the mind is without fear and the head is held high Where knowledge is free Where the world has not been broken up into fragments By narrow domestic walls Where words come out from the depth of truth Where tireless striving stretches its arms towards perfection Where the clear stream of reason has not lost its way Into the dreary desert sand of dead habit Where the mind is led forward by Thee Into ever-widening thought and action Into that heaven of freedom, my Father, let my country awake.

Further, we at Shaalaa.com provide such solutions so that students can prepare for written exams. SCERT Maharashtra Question Bank textbook solutions can be a core help for self-study and acts as a perfect self-help guidance for students.

Get the free view of chapter 3 Section 3: Poetry 10th Standard Board Exam extra questions for 10th Standard SSC English Maharashtra State Board 2021 and can use Shaalaa.com to keep it handy for your exam preparation