Chapter 1.2: MY MOTHER AT SIXTY-SIX

Chapter 2.2: AN ELEMENTARY SCHOOL CLASSROOM IN A SLUM

Chapter 4.2: A THING OF BEAUTY 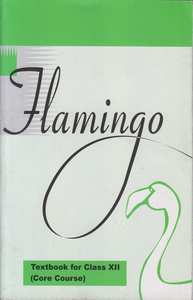 Notice these expressions in the text. Infer their meaning from the context.

What is Saheb looking for in the garbage dumps? Where is he and where has he come from?

What explanations does the author offer for the children not wearing footwear?

Is Saheb happy working at the tea-stall? Explain.

What makes the city of Firozabad famous?

How is Mukesh’s attitude to his situation different from that of his family?

What could be some of the reasons for the migration of people from villages to cities?

Would you agree that promises made to poor children are rarely kept? Why do you think this happens in the incidents narrated in the text?

What forces conspire to keep the workers in the bangle industry of Firozabad in poverty?

How, in your opinion, can Mukesh realise his dream?

Why should child labour be eliminated and how?

Although this text speaks of factual events and situations of misery it transforms these situations with an almost poetical prose into a literary experience. How does it do so? Here are some literary devices:

• Hyperbole is a way of speaking or writing that makes something sound better or more exciting than it really is. For example: Garbage to them is gold.

• A Metaphor, as you may know, compares two things or ideas that are not very similar. A metaphor describes a thing in terms of a single quality or feature of some other thing; we can say that a metaphor “transfers” a quality of one thing to another. For example: The road was a ribbon of light.

• Simile is a word or phrase that compares one thing with another using the words “like” or “as”. For example: As white as snow.

Carefully read the following phrases and sentences taken from the text. Can you identify the literary device in each example?

1. Saheb-e-Alam which means the lord of the universe is directly in contrast to what Saheb is in reality.

2. Drowned in an air of desolation.

3. Seemapuri, a place on the periphery of Delhi yet miles away from it, metaphorically.

4. For the children it is wrapped in wonder; for the elders it is a means of survival.

5. As her hands move mechanically like the tongs of a machine, I wonder if she knows the sanctity of the bangles she helps make.

6. She still has bangles on her wrist, but not light in her eyes.

10. And survival in Seemapuri means rag-picking. Through the years, it has acquired the proportions of a fine art.

11. The steel canister seems heavier than the plastic bag he would carry so lightly over his shoulders.

VIEW SOLUTION
Advertisement Remove all ads
Things to do [Page 21]

The beauty of the glass bangles of Firozabad contrasts with the misery of people who produce them.

This paradox is also found in some other situations, for example, those who work in gold and diamond mines, or carpet weaving factories, and the products of their labour, the lives of construction workers, and the buildings they build.

Here is an example of how one such paragraph may begin:

You never see the poor in this town. By day they toil, working cranes and earthmovers, squirreling deep into the hot sand to lay the foundations of chrome. By night they are banished to bleak labour camps at the outskirts of the city...

NCERT solutions for Textbook for Class 12 English Flamingo chapter 2 (LOST SPRING) include all questions with solution and detail explanation. This will clear students doubts about any question and improve application skills while preparing for board exams. The detailed, step-by-step solutions will help you understand the concepts better and clear your confusions, if any. Shaalaa.com has the CBSE Textbook for Class 12 English Flamingo solutions in a manner that help students grasp basic concepts better and faster.

Using NCERT Class 12 solutions LOST SPRING exercise by students are an easy way to prepare for the exams, as they involve solutions arranged chapter-wise also page wise. The questions involved in NCERT Solutions are important questions that can be asked in the final exam. Maximum students of CBSE Class 12 prefer NCERT Textbook Solutions to score more in exam.

Get the free view of chapter 2 LOST SPRING Class 12 extra questions for Textbook for Class 12 English Flamingo and can use Shaalaa.com to keep it handy for your exam preparation