Chapter 1: Matter in Our Surroundings

Chapter 2: Is Matter around us Pure

Chapter 4: Structure of the Atom

Chapter 9: Force and Laws of Motion

Chapter 13: Why do we fall Ill 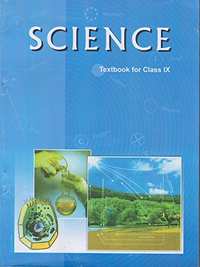 Who discovered cells and how?

Why is the cell called the structural and functional unit of life?

How do substances like CO2 and water move in and out of the cell? Discuss.

Why is the plasma membrane called a selectively permeable membrane?

Fill in the gaps in the following table illustrating differences between prokaryotic and eukaryotic cells.

Can you name the two organelles we have studied that contain their own genetic material?

If the organisation of a cell is destroyed due to some physical or chemical influence, what will happen?

Why are lysosomes known as suicide bags?

Where are proteins synthesized inside the cell?

Make a comparison and write down ways in which plant cells are different from animal cells.

What would happen if the plasma membrane ruptures or breaks down?

What would happen to the life of a cell if there was no Golgi apparatus?

Which organelle is known as the powerhouse of the cell? Why?

Where do the lipids and proteins constituting the cell membrane get synthesized?

How does an Amoeba obtain its food?

Carry out the following osmosis experiment:

Take four peeled potato halves and scoop each one out to make potato cups. One of these potato cups should be made from a boiled potato. Put each potato cup in a trough containing water. Now,

(a) Keep cup A empty

(b) Put one teaspoon sugar in cup B

Keep these for two hours. Then observe the four potato cups and answer the following:

(i) Explain why water gathers in the hollowed portion of B and C.

(ii) Why is potato A necessary for this experiment?

(iii) Explain why water does not gather in the hollowed out portions of A and D.

Which type of cell division is required for growth and repair
of body and which type is involved in formation of gametes?

NCERT solutions for Class 9 Science chapter 5 (The Fundamental Unit of Life) include all questions with solution and detail explanation. This will clear students doubts about any question and improve application skills while preparing for board exams. The detailed, step-by-step solutions will help you understand the concepts better and clear your confusions, if any. Shaalaa.com has the CBSE Class 9 Science solutions in a manner that help students grasp basic concepts better and faster.

Using NCERT Class 9 solutions The Fundamental Unit of Life exercise by students are an easy way to prepare for the exams, as they involve solutions arranged chapter-wise also page wise. The questions involved in NCERT Solutions are important questions that can be asked in the final exam. Maximum students of CBSE Class 9 prefer NCERT Textbook Solutions to score more in exam.

Get the free view of chapter 5 The Fundamental Unit of Life Class 9 extra questions for Class 9 Science and can use Shaalaa.com to keep it handy for your exam preparation