Chapter 9: Areas of Parallelograms and Triangles 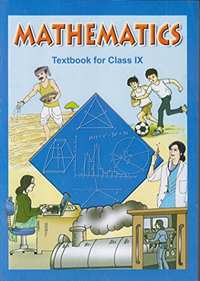 Write the answer of the following question:-

What is the name of horizontal and the vertical lines drawn to determine the position of any point in the Cartesian plane?

See the given figure, and write the following:-

(i) The coordinates of B.

(ii) The coordinates of C.

(v) The abscissa of the point D.

(vi) The ordinate of the point H.

(vii) The coordinates of the point L.

(viii) The coordinates of the point M. Plot the points (x, y) given in the following table on the plane, choosing suitable units of distance on the axes.

NCERT solutions for Class 9 Mathematics Textbook chapter 3 (Coordinate Geometry) include all questions with solution and detail explanation. This will clear students doubts about any question and improve application skills while preparing for board exams. The detailed, step-by-step solutions will help you understand the concepts better and clear your confusions, if any. Shaalaa.com has the CBSE Class 9 Mathematics Textbook solutions in a manner that help students grasp basic concepts better and faster.

Using NCERT Class 9 solutions Coordinate Geometry exercise by students are an easy way to prepare for the exams, as they involve solutions arranged chapter-wise also page wise. The questions involved in NCERT Solutions are important questions that can be asked in the final exam. Maximum students of CBSE Class 9 prefer NCERT Textbook Solutions to score more in exam.

Get the free view of chapter 3 Coordinate Geometry Class 9 extra questions for Class 9 Mathematics Textbook and can use Shaalaa.com to keep it handy for your exam preparation