Chapter 4: The Cop and the Anthem

Chapter 9: A Tiger in the House 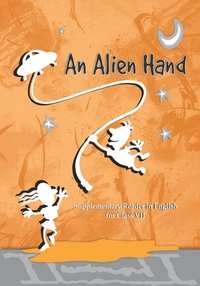 Write ‘True’ or ‘False’ against each of following statements.

(ii) He was very concerned about the well-being of the birds and animals in his shop. _____

(iii)He was impressed by the customer who bought the two doves. _____

(iv)He was a successful shopowner, though insensitive and cold as a person. _____

Why is Mr. Purcell compared to an owl?

From the third paragraph pick out

(i) words associated with cries of birds,

“...Mr. Purcell heard it no more than he would have heard the monotonous ticking of a familiar clock.” (Read para beginning with “It was a rough day...”)

(ii) Why does Mr. Purcell not hear ‘it’ clearly?

Do you think the atmosphere of Mr Purcell’s shop was cheerful or depressing? Give reasons for your answer.

Describe the stranger who came to the pet shop. What did he want?

(i) The man insisted on buying the doves because he was fond of birds. Do you agree?

(ii) How had he earned the five dollars he had?

Was the customer interested in the care and feeding of the doves he had bought? If not, why not?

Discuss the following topic in groups.

Why, in your opinion, did the man set the doves free?

Why did it make Mr. Purcell feel “vaguely insulted”?

What was Purcell’s source of earning?

What surprised Mr. Purcell one day?

Why did the customer hate Mr. Purcell?

Why did the customer free the imprisoned doves?

How did the customer feel after freeing the doves?

What type of shopkeeper was Mr. Purcell?

Bring out a contrast between Mr. Purcell and the customer.

NCERT solutions for Class 7 English - An Alien Hand chapter 6 (I Want Something in a Cage) include all questions with solution and detail explanation. This will clear students doubts about any question and improve application skills while preparing for board exams. The detailed, step-by-step solutions will help you understand the concepts better and clear your confusions, if any. Shaalaa.com has the CBSE Class 7 English - An Alien Hand solutions in a manner that help students grasp basic concepts better and faster.

Concepts covered in Class 7 English - An Alien Hand chapter 6 I Want Something in a Cage are Reading, Grammar.

Using NCERT Class 7 solutions I Want Something in a Cage exercise by students are an easy way to prepare for the exams, as they involve solutions arranged chapter-wise also page wise. The questions involved in NCERT Solutions are important questions that can be asked in the final exam. Maximum students of CBSE Class 7 prefer NCERT Textbook Solutions to score more in exam.

Get the free view of chapter 6 I Want Something in a Cage Class 7 extra questions for Class 7 English - An Alien Hand and can use Shaalaa.com to keep it handy for your exam preparation