Chapter 1: Constitution: Why and How?

Chapter 2: Rights in the Indian Constitution

Chapter 9: Constitution as a Living Document

Chapter 10: The Philosophy of Constitution 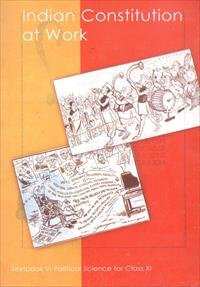 a. The government of a State has allowed a big company to establish a huge steel plant. Many villages would be adversely affected by the steel plant. Gram Sabha of one of the affected villages passed a resolution that before establishing any big industries in the region, village people must be consulted and their grievances should be redressed.

b. The government has decided that 20 % of all its expenditure would be done through the panchayats.

c. A village panchayat kept on demanding funds for a building for the village school, the government officials turned down their proposal saying that funds are allocated for certain other schemes and cannot be spent otherwise.

e. A village panchayat observed that water sources of their region are depleting fast. They decided to mobilise village youth to do some voluntary work and revive the old village ponds and wells.

Suppose you are entrusted to evolve a local government plan of a State, what powers would you endow to the village panchayats to function as units of self-government? Mention any five powers and the justification in two lines for each of them for giving those powers.

What are the provisions for the reservations for the socially disadvantaged groups as per the 73rd amendment? Explain how these provisions have changed the profile of the leadership at the village level.

What were the main differences between the local governments before the 73rd amendment and after that amendment?

Read the following conversation. Write in two hundred words your opinion about the issues raised in this conversation.

Alok: Our Constitution guarantees equality between men and women. Reservations in local bodies for women ensure their equal share in power.

Neha: But it is not enough that women should be in positions of power. It is necessary that the budget of local bodies should have separate provision for women.

Jayesh: I don’t like this reservations business. A local body must take care of all people in the village and that would automatically take care of women and their interests.

Read the provisions of the 73rd Amendment. Which of the following concerns does this amendment address?

The following are different justifications given in favour of the local government. Give them ranking and explain why you attach greater significance to a particular rationale than the others. According to you, on which of these rationales the decision of the Gram panchayat of Vengaivasal village was based? How?

a. The government can complete the projects with lesser cost with the involvement of the local community.

b. The development plans made by the local people will have greater acceptability than those made by the government officers.

c. People know their area, needs, problems, and priorities. By collective participation, they should discuss and take decisions about their life.

d. It is difficult for the common people to contact their representatives of the State or the national legislature.

Which of the following according to you involves decentralisation?

Why are other options not sufficient for decentralisation?

A student of Delhi University, Raghavendra Parpanna, wanted to study the role of decentralisation in decision-making about primary education. He asked some questions to the villagers. These questions are given below. If you were among those villagers, what answer would you give to each of these questions?

A meeting of the Gram Sabha is to be called to discuss what steps should be taken to ensure that every child of the village goes to the school.

a. How would you decide a suitable day for the meeting? Think who would be able to attend / not attend the meeting because of your choice.

(i) A day specified by the BDO or the collector

(ii) Day of the village haat

b. What is a suitable venue for the meeting? Why?

(i) Venue suggested by the circular of the district collector.

(ii) Religious place in the village.

c. In the Gram Sabha meeting firstly a circular sent by the district collector was read. It suggested what steps should be taken to organise an education rally and what should be its route. The meeting did not discuss the children who never come to school or about girls’ education, or the condition of the school building and the timing of the school. No women teacher attended the meeting as it was held on Sunday.

What do you think about these proceedings as an instance of people’s participation?

d. Imagine your class as the Gram Sabha. Discuss the agenda of the meeting and suggest some steps to realise the goal.

NCERT solutions for Class 11 Political Science - Indian Constitution at Work chapter 8 (Local Governments) include all questions with solution and detail explanation. This will clear students doubts about any question and improve application skills while preparing for board exams. The detailed, step-by-step solutions will help you understand the concepts better and clear your confusions, if any. Shaalaa.com has the CBSE Class 11 Political Science - Indian Constitution at Work solutions in a manner that help students grasp basic concepts better and faster.

Using NCERT Class 11 solutions Local Governments exercise by students are an easy way to prepare for the exams, as they involve solutions arranged chapter-wise also page wise. The questions involved in NCERT Solutions are important questions that can be asked in the final exam. Maximum students of CBSE Class 11 prefer NCERT Textbook Solutions to score more in exam.

Get the free view of chapter 8 Local Governments Class 11 extra questions for Class 11 Political Science - Indian Constitution at Work and can use Shaalaa.com to keep it handy for your exam preparation