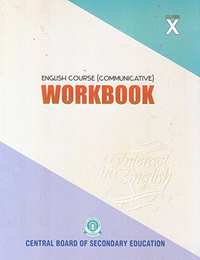 Look at the pictures and complete the story below them, using an appropriate form of one of the verbs in the box below. Study the verbs given in Column A and Column B. How do they differ from each other?

What are the verbs in Column A called (Write in the box below)?

Here is part of a letter that Anuradha wrote to Raji about her experience in a city that she was visiting. Complete the letter using suitable nonfinites.

Given below is an extract from the story 'The Iron Man and The Space Being'. Complete the story using suitable non-finite verbs. You may choose words from the box given below.

One of the stars of the night sky had begun______This star had always been a very tiny star, of no importance at all. It had shone up there for billions and trillions and zillions of years in the Constellation of Orion. In all its time this tiny star had never changed in any way.

Now suddenly, it began to get bigger. Astronomers, _______through their telescopes, noticed it first. They watched it with _______  frowns.

The tiny star was definitely getting bigger. And not just bigger. But bigger and bigger and Bigger. Each night it was BIGGER. Bigger than the Dog-star, the large, coloured twinkler the heel of the Hunter
Orion.

Bigger than Jupiter, the great __________  planet. Everybody could see it clearly, night after night, as it grew and Grew and GREW. They stared up with frightened faces.

Till at last it hung there in the sky over the world, blazing down, the size of the moon, a deep gloomy red. And now there could be only one explanation. The star was getting bigger because it was getting nearer. And nearer and Nearer and, NEARER.

And if it hit the world at that speed, the whole world would simply be blasted to bits in the twinkling of an eye. It would be like an express train _________ a bowl of goldfish.

No wonder the people stared up with frightened faces. No wonder the astronomers watched it through their telescopes with worried frowns.

While reading a magazine advertising home products, Sakshi Aggarwal came across an advertisement for a stain remover called Dr. Clean. She decided to buy the product but it caused more harm than good. Complete the letter of complaint she writes to the company using appropriate words. You claim that your Dr Clean stain removal keeps clothes in wearable condition for a long time and thus helps reduce clothing costs. However, let me tell you what happened when I tried _________a stain left by tea from my shirt. _________the stain remover on the stain does seem to make the stain

fainter temporarily. But here is the problem: a little after you have sprayed Dr. Clean on the fabric, the area around the stain seems to melt away. Soon, there is no stain. In fact, there is a hole where the stain was!
Surely this is NOT what you meant when you advertised The stain will no longer be visible to the naked eye?
Yours truly
A Disillusioned Customer

Underline the present participle and circle the noun it describes in the
following sentences as shown in the example above.

a) The policeman saw a thief escaping on a motorbike.
b) Hearing a loud sound, the students rushed out of the classroom.
c) I can hear the school choir practicing in the auditorium.
d) The player was happy seeing that his opponent was growing tired.

Fill in the blanks using the correct from of the words given in the box
below.

Complete the sentences using 'ing' form of the verbs from the box.

1. The doctor advised Neelam to avoid ____ ghee as a cooking medium.
2. I have had to put off _____ a scooter for my son until he completes
his college studies.
3. How about for the post of teacher in the neighbouring
school?
4. By the time we finished the house, the children had become
hungry.
5. She went around all the tenants in the apartment house,
canvassing support for her cleanliness campaign.
6. I am afraid the doctor is busy now. Would you mind _____ a few
minutes?

We all make mistakes. It is human.

Sheela tells lies. It has made her unpopular.

We tried to enter the pavilion. The police prevented us.

Our neighbours made a lot of noise. They apologised.

Murari passed the examination. I congratulated him.

We must appreciate other people's achievements. It promotes goodwill.

There's a fly in my soup.

My hand sand feet are frozen!

A man is trying to steal my ear!

I have a headache.

No accounting for tastes

Fill in the blanks with verb + ing. Share your lists with your partner.

Complete the sentences as in the example, using the verbs given in the box. Do not use any verb more than once.

He reminded me not to forget to return his book.

1. "You promised that you would not tell mother about our quarrel."

Rewrite the sentences using an infinitive instead of the underlined clause.

2. The Court declared that the officer was guilty of gross negligence.

3. Evidence showed that the document was a fabrication.

4. The court warned the representatives that they should not tamper with the
evidence.

5. The minister was annoyed when he learnt that he had lost the elections.

6. You would be silly if you dyed your hair green.

In pairs, use the grid below to complete the following sentences.

Then read your answers out to the rest of the class

Complete the following letter. Put the verbs in brackets into either the
'ing' form or the infinitive with to. Use the box below to help you.

Now complete the following sentences appropriately using 'ing' or
infinitive construction. Use the grid given above to write your answers.
You may have to add prepositions in some sentences.

'Remember to do' and 'Remember doing'
Study the examples given below.
(a) I must remember to take my science book.
(b) I remember meeting you in the park.
Some verbs might take either form depending on their meaning.

Which sentence refers to something which actually happened?

Which sentence refers to something which hasn't actually happened?

Now, make a list of things you must remember to do this coming week •

Combine each of the following pairs of sentences, using the correct form of the verbs. The first one has been done for you as an example:

1. Leander was surprised by Asifs return of service.
Leander started playing in earnest.

2 Rajani has completed her homework.
She wants to go to play.

3 Gopal was utterly bored with his studies.
He went out for a walk.

4 Sita was startled by the noise.
She jumped out of her bed.

5 The police chased the smuggler. The smuggler hid in a thicket.

6 The news stunned Meenu. She stood rooted to the spot.

Match the news items with the headlines. Write the correct headline above each news item.

Discuss
How do these words - appointed, relaxed and kidnapped - help in framing the headlines ?

Provide suitable headlines for the following news items. In your headlines, use the past participle form or appropriate verbs.

Rewrite the following sentences making the necessary changes so that they convey the intended meaning:

1. Having bitten the postman, the farmer decided to punish the dog.
2. Being a rainy day, the organizers decided to postpone the match.
3. Being fond of sweets, we planned to gift Mazy a big box of chocolates on her
birthday.
4. Having finished his work for the day, the supervisor let him leave the
factory early.
5. Riding on a horse, the tiger jumped at him.

He is thinking to write his autobiography.

A student has written a letter to Sagarika Sen asking for advice. Complete the letter using appropriate non-finites(· ing, - ed, and to +verb form)

Dear Sagarika Sen,
I am a Class XII student. My exams are a few months away and I need ______all

Please advise me how I can ensure that he never comes to my house while I am
busy________ for my examination. How can I ask him _________away without hurting him?

Here is the advice that Sagarika Sen has given to Som Shankar. Complete the letter using non-finites:

But please make it clear that your parents do not disapprove of him. (It's just, at the moment, they would rather want you to spent your time _______).
Once the exams are over, he would be welcome to your house any time. But, for now, he should stay away.
Sagarika Sen
(Source: The Telegraph Weekend, 5/ 10/96)

Working in pairs, seek advice on some of the issues listed below. Your partner will give you the advice.

you have discussed. Non-finites will make your writing more concise.

Using CBSE Class 10 solutions Non - Finites - Infinitives And Participles (Integrated Grammar practice 2) exercise by students are an easy way to prepare for the exams, as they involve solutions arranged chapter-wise also page wise. The questions involved in CBSE Solutions are important questions that can be asked in the final exam. Maximum students of CBSE Class 10 prefer CBSE Textbook Solutions to score more in exam.

Get the free view of chapter 4 Non - Finites - Infinitives And Participles (Integrated Grammar practice 2) Class 10 extra questions for Class 10 English Course Communicative Work Book (Interact in English) and can use Shaalaa.com to keep it handy for your exam preparation