Chapter 1.3: The Cop and the Anthem

Chapter 2.1: Song of the Open Road

Chapter 2.4: Have you Earned your Tomorrow

Chapter 2.7: She Walks in Beauty

Chapter 4.3: Around the World in Eighty Days 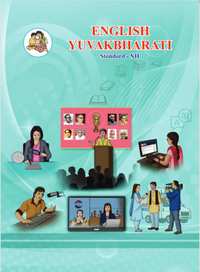 Discuss in groups why you take notes. 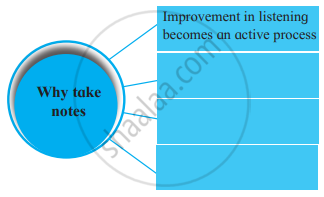 Better notes will help you remember concepts, develop meaningful learning skills, and gain a better understanding of a topic. Discuss in groups of different styles or methods you use in your note-making/taking. For example, to underlining important facts.

Read the following passage carefully and complete the activities.

Occasional self-medication has always been part of normal living. The making and selling of drugs has a long history and is closely linked, like the medical practice itself, with belief in magic. Only during the last hundred years or so, the development of scientific techniques made, diagnosis possible. The doctor is now able to follow up on the correct diagnosis of many illnesses with specific treatment of their causes. In many other illnesses of which the causes remain unknown, he is still limited, as the unqualified prescriber, to the treatment of symptoms. The doctor is trained to decide when to treat symptoms only and when to attack the cause. This is the essential difference between medical prescribing and self-medication.
The advancement in technology has brought about much progress in some fields of medicine, including the development of scientific drug therapy. In many countries, public health organization is improving and people’s nutritional standards have risen. Parallel with such beneficial trends are two which have an adverse effect. One is the use of high-pressure advertising by the pharmaceutical industry which has tended to influence both patients and doctors and has led to the overuse of drugs generally. The other is the emergence of eating, insufficient sleep, excessive smoking, and drinking. People with disorders arising from faulty habits such as these, as well as from unhappy human relationships, often resort to self-medication and so add the taking of pharmaceuticals to the list. Advertisers go to great lengths to catch this market.
Clever advertising, aimed at chronic sufferers who will try anything because doctors have not been able to cure them, can induce such faith in preparation, particularly if cheaply priced, that it will produce-by suggestion-a very real effect in some people. Advertisements are also aimed at people suffering from mild complaints such as simple cold and coughs which clear up by themselves within a short time.
These are the main reasons why laxatives, indigestion-remedies, painkillers, cough-mixtures, tonics, vitamin and iron tablets, nose drops, ointments and many other preparations are found in quantity in many households. It is doubtful whether taking these things ever improves a person’s health, it may even make it worse. Worse, because the preparation may contain unsuitable ingredients; worse because the taker may become dependent on them; worse because they might be taken
excess; worse because they may cause poisoning, and worst of all because symptoms of some serious underlying cause may be asked and therefore medical help may not be sought. Self-diagnosis is a greater danger than self-medication.

Complete the following points with the help of the above text. (Give a suitable title.)

Get the free view of chapter 3 Note–Making 12th Board Exam extra questions for English Yuvakbharati 12th Standard HSC Maharashtra State Board and can use Shaalaa.com to keep it handy for your exam preparation