(i) Murals in old wadas at Wai and Satara - Maratha style of painting
(ii) The rock shelters in the caves at - Folk style of painting
Bhimbetka in Madhya Pradesh
(iii) The tradition of narrating stories from - Chitrakathi Tradition
Ramayana, Maharashtra
(iv) The portrait of Savai Madhavrao and - Mughal Miniature
Nana Phadnavis 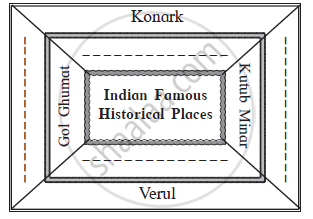 Bakhar is an important type of historical documents.

Explain the following statement with reasons
The list of world Heritage sites is announced by UNESCO.

Knowledge of history is essential for newspaper articles .

Currently the structure of sports economy has been significantly affected.

We should conserve our Natural and Cultural Heritage .

Common people’s life was thoroughly depicted through the Subaltern history. Give your opinions.

Which fields are included in Applied Art?

State the world cultural heritage sites located in Maharashtra and give information about any one of them.

Read the following passage and answer the questions based on it.

The movement started by Vishnudas Bhave was followed in Maharashtra by historical, mythological and also light farcical stage plays. The farcical plays dealt with social issues in a humorous way.
Initially no written scripts were used. Often, only the lyrics were written downbut the dialogues used to be spontaneous. V.J. Kirtane was the first author who wrote the script of Thorale Madhavrao Peshwe in 1861 and its printed copy was made available. This was the beginning of the tradition of having a complete written script ready before staging a play.
In the latter half of the 19th century, Balkrishnbuva Ichalkaranjikar made special efforts to introduce classical khyal music in Maharashtra. After him Ustad Alladiya Khan, Ustad Abdul Karim Khan and Ustad Rahimatkhan contributed in a great way. Their efforts helped in developing a taste for classical music among the audience in Maharashtra. The growing popularity of classical music resulted in the origin of musical Marathi theatre. The musical plays of Kirloskar Mandali became very popular. Sangeet Shakuntal written by Annasaheb Kirloskar earned a great popularity. Another musical play, Sharada, written by Govind Ballal Deval is quite important, as it comments in a humorous style on the evil custom of marrying young girls to aged men. Also plays such as Mooknayak, written by Shripad Krishna Kolahtkar, Sangeet Manapaman, written by Krishnaji Prabhakar Khadilkar and Ekach Pyala written by Ram Ganesh Gadkari are important in the history of Marathi theatre.

1. Who presented the play Seetaswayamvar in theatre?
2. Who is the author of the drama Sangeet Sharada?
3. Explain how drama creates social awakening.

Write about the indoor games and outdoor games.

Which tasks are important in archives management?

What kind of professional opportunities are available in the field of arts?

Choose the correct alternative and write the complete statement .

(b) decentralisation of power

VIEW SOLUTION
Concept: Decentralisation of Democracy
Chapter: [0.021] Working of the Constitution
[1]6.A.2

Explain whether the statements is true of false with reasons

The nature of the Constitution is seen as a living document

Explain whether the statements is true of false with reasons.

The Election Commission decides as to when and in how many stages the elections would be held in a particular state.

Explain whether the statements is true of false with reasons.

Movements do not need a strong leadership.

VIEW SOLUTION
Concept: Decentralisation of Democracy
Chapter: [0.021] Working of the Constitution
[3]8.A.2 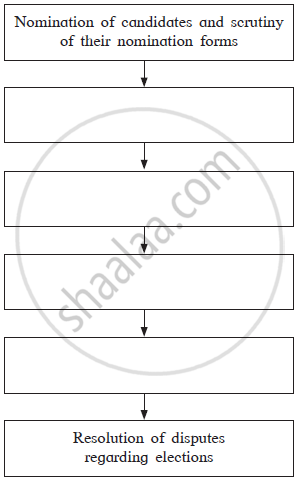 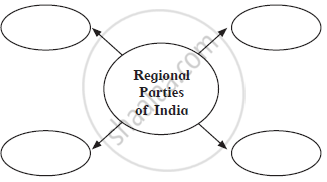 State the information about post of the Election Commissioner.

What is meant by establishment of Social Justice?

VIEW SOLUTION
Concept: Social Justice and Equality
Chapter: [0.021] Working of the Constitution
[3]9.A.3

Explain the functions of Environmental Movement.

What efforts are undertaken to bring transparency in political process?

How Maharashtra State Board 10th Standard Board Exam Question Paper solutions Help Students ?
• Question paper solutions for History and Political Science will helps students to prepare for exam.
• Question paper with answer will boost students confidence in exam time and also give you an idea About the important questions and topics to be prepared for the board exam.
• For finding solution of question papers no need to refer so multiple sources like textbook or guides.