Write an original short story that begins with the words : “The day started off well enough, whoever thought it would ……….”

Narrate an incident from your own experience when you expected to do very well, but for some reason were unable to do so. Explain what happened and why it happened. What lesson did you learn from it?

“The use of Mobile Phones must be allowed in schools.” Express your views either for or against the statement.

You walk home from school one afternoon to find the door unlocked and on entering you are shocked to see the house in total disarray. You call out but get no answer. Describe in detail what you saw, the reason behind your house being in total disarray and how you found your family. Mention also how the experience ended and what impact it had on your life. 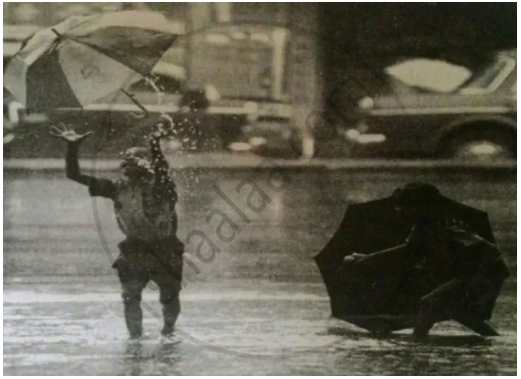 Your class wants to visit a well-known historical monument in a nearby town. Write a letter to your Principal seeking permission and say why you would benefit from the visit.

Your school recently held a jubilee celebration. Write a letter to your friend who was unable to attend, giving details of the function and your role in it.

Read the following passage carefully and answer the questions that follow:
For some time Mother had greatly envied us our swimming, both in the daytime and at night, but as she pointed out when we suggested she join us, she was far too old for that sort of thing. Eventually, however, under constant pressure from us, Mother paid a visit into town and returned to the villa coyly bearing a mysterious parcel. Opening this she astonished us all by holding up an extraordinary shapeless garment of black cloth, covered from top to bottom with hundreds of frills and pleats and tucks.
‘Well, what do you think of it?’ Mother asked.
We stared at the odd garment and wondered what it was for.
‘What is it?’ asked Larry at length.
‘It’s a bathing-costume, of course,’ said Mother. “What on earth did you think it was?’ ‘It looks to me like a badly-skinned whale,’ said Larry, peering at it closely.
You can’t possibly wear that, Mother,’ said Margo, horrified, Shy, it looks as though it was made in nineteen-twenty.’
‘What are all those frills and things for?’ asked Larry with interest.
‘Decoration, of course,’ said Mother indignantly.
‘What a jolly idea! Don’t forget to shake the fish out of them when you come out of the water.’
‘Well, I like it, anyway,’ Mother said firmly, wrapping the monstrosity up again, ‘and I’m going to wear it.’
‘You’ll have to be careful you don’t get waterlogged, with all that cloth around you,’ said Leslie seriously.
‘Mother, it’s awful; you can’t wear it,’ said Margo. ‘Why on earth didn’t you get something more up to date?’
‘ When you get to my age, dear, you can’t go around in a two-piece bathing suit… you don’t have the figure for it.’
‘I’d love to know what sort of figure that was designed for,’ remarked Larry.
‘You really are hopeless, Mother,’ said Margo despairingly.
‘But I like it… and I’m not asking you to wear it,’ Mother pointed out angrily.
‘That’s right, you do what you want to do,’ agreed Larry; ‘don’t be put off. It’ll probably suit you very well if you can grow another three or four legs to go with it.’
Mother snorted indignantly and swept upstairs to try on her costume. Presently she called to us to come and see the effect, and we all trooped up to the bedroom. Roger the dog, was the first to enter, and on being greeted by this strange apparition clad in its voluminous black costume rippling with frills, he retreated hurriedly through the door, backward, barking ferociously. It was some time before we could persuade him that it really was Mother, and even then he kept giving her vaguely uncertain looks from the corner of his eye. However, in spite of all opposition, Mother stuck to her tent-like bathing- suit, and in the end we gave up.
In order to celebrate her first entry into the sea we decided to have a moonlight picnic down at the bay, and sent an invitation to Theodore, who was the only stranger that Mother would tolerate on such a great occasion. The day for the great immersion arrived, food and wine were prepared, the boat was cleaned out and filled with cushions and everything was ready when Theodore turned up.

(a) Give the meaning of the following words as used in the passage:
One word answers or short phrases will be accepted.

(i) In not more than 60 words describe what happened after mother went upstairs to try on her costume.

There was a steep rise ……… onion prices.

Air pollution is responsible for the spread ……… bronchitis.

He was …….. pressure to complete the work.

Joan jumped ………. the river to rescue the child.

His teacher is very pleased ……… him.

Ali took ……… his cap and wiped his face.

The old woman could not get ……… the shock.

He should not get ……… with such rudeness.

My grandfather is very old. He is very active.

She was so excited about her performance. She could not sleep at night.

Mumbai is densely populated. It is one of the major cities in the country.

VIEW SOLUTION
Concept: Writing
Chapter: [4] Writing
[8]4.d | Re-write the following sentences according to the instructions given after each. Make other changes that may be necessary, but do not change the meaning of each sentence.
[1]4.d.i

I prefer going out with friends to staying alone at home.
(Begin : I would rather ………….)

Hardly had the teacher left the room, when all the children started making a noise.
(Begin : No sooner ………..)