Both G and H were sources to.. - Logical Reasoning

Recently, the answers to a test held nationwide were leaked to a group of unscrupulous people. The investigative agency has arrested the mastermind and nine other people A, B, C. D, E, F, G, H and I in this matter. Interrogating them, the following facts have been obtained regarding their operation. Initially, the mastermind obtains the correct answer key. All the others create their answer key from one or two people who already possess the same. These people are called his/her "sources".

If the person has two sources, then he/she compares the answer keys obtained for both sources. If the key to a question from both sources is identical, it is copied, otherwise it is left blank.

If the person has only one source, He/she copies the source's answer into his/her copy. Finally, each person compulsorily replaces one of the answers (not a blank one) with a wrong answer in his/her answer key.

Both G and H were sources to

None of the above 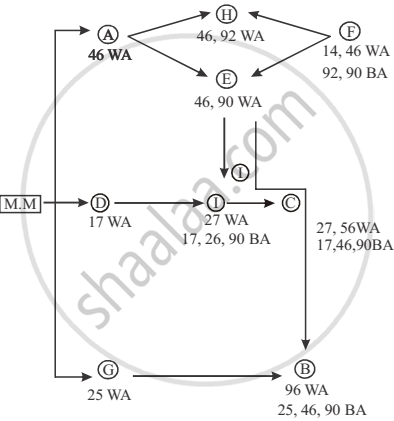