This is a Picture of the Tomb of the Successor of Babur Picture Given Below How Did Humayun Reconquer His Lost Empire? - History and Civics 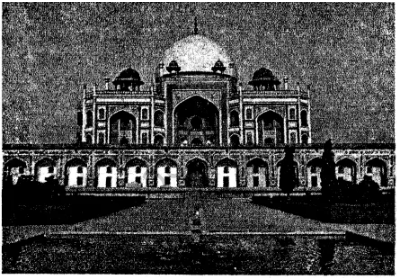 How did Humayun reconquer his lost empire?

With military help from the Shah of Persia, Humayun returned and recovered Kabul and Kandahar from his brother Kamran. Kamran was blinded and sent to Mecca. By 1554 ce, Humayun had consolidated his position in Afghanistan. Sher Shah had died in 1545 ce. His successors were weak and incompetent. Taking advantage of the situation, Humayun returned to India and recaptured Delhi and Agra in 1555 ce. Humayun died shortly afterward in an accidental fall down the stairs of his library.

Concept: An Overview of the Mughal Empire
Is there an error in this question or solution?
Chapter 1.07: Foundation of Mughal Empire - Picture study
Q 5 Q 4Next