Tell whether settlements shown in images (a) and (b) are urban or rural. (a) (b) - Geography

Tell whether settlements shown in images (a) and (b) are urban or rural. 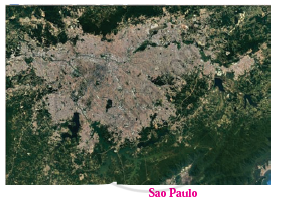 The settlements depicted in both images are rural settlements. Both the areas are depicted as having no proper facilities, building or the skyscrapers of the cities. Both of them are even devoid of proper road facilities.

The area is shown in figure

(a) is a very interior deserted area. There are no signs of human habitation in the area. The area is shown in figure

(b) has a small patch of greenery in the vicinity. There are few settlements in the area most of them are very scattered. Thus the areas depicted are rural areas that are away from the main cities.

Concept: Urbanisation in India
Is there an error in this question or solution?
Advertisement Remove all ads
Chapter 7: Human Settlements - Intext Questions [Page 46]
Q 2Q 1Q 3