State and explain the law of Diminishing Marginal Utility and explain its exceptions. - Economics

Explain the law of diminishing marginal utility and its exceptions

Law of Diminishing Marginal Utility (DMU) explains economic behaviour of a rational consumer. Prof. Gossen first proposed this law in 1854. Prof. Alfred Marshall later on discussed the law in his book ‘Principles of Economics’ in 1890. The law of DMU is universal in character. It is based on the common consumer behaviour that the utility derived diminishes with the reduction in intensity of want.

1. Statement of The Law:

According to Prof. Alfred Marshall, “Other things remaining constant, the additional benefit which a person derives from a given increase in his stock of a thing, diminishes with every increase in the stock that he already has.”

Explanation: Marginal Utility that any consumer derives from the consumption of successive units of a particular commodity goes on diminishing as his/her total consumption of that commodity increases. In short, the more of a thing you have, the less you want to have more of it.

The law of DMU can be explained with the following schedule: 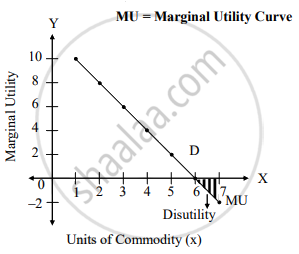 The following are exceptions to the law of Diminishing Marginal Utility: