Select a Historical Site in Need of Conservation, Research About Its Historical Significance, Identify the Threatening Factors and Suggest Ways of Preserving the Geological Heritage. - English Core

Select a historical site in need of conservation, research about its historical significance, identify the threatening factors and suggest ways of preserving the geological heritage. Prepare a power point presentation and make a presentation to the class. (This can be done in groups) 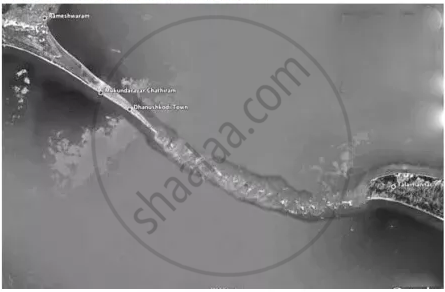 Ram Sethu
• Space images taken by NASA reveal a mysterious ancient bridge in the Palk Strait between India and
Sri Lanka. The recently discovered bridge currently named as Adam's Bridge is made of chain of
shoals. c. 18 mi (30 km) long.

Historical Significance :
• The bridge's unique curvature and composition by age reveals that it is man-made. The legends as
well as Archaeological studies reveal that the first signs of human inhabitants on Sri Lanka date back
to the primitive age, about 1,750,000 years ago and the bridge's age is also almost equivalent.

Sri Rama and history of Ram Sethu
• Sri Ram was born three yugas ago as per Hindu religious books. so there could be places of the era of  Sri Ram. The fact that there was a monument built during the era of Sri Ram was very heartening and  encouraging.

• Geological Survey of India (GSI) has sent a team of scientists to Rameswaram to confirm the authenticity of the picture of RAM SETHU taken by NASA.
• The GSI team. having reached Rameswaram , Dhanushkod and studying the place shown in the
picture , confirmed the underwater formation of rocks attached to each other and described those
rocks as old as one lakh years . For further study and excavation , they proposed a detailed project  involving marine and scientific assistance and a budget of 100 crore.

Threatening Factors and Efforts to protect the Ram Sethu

• The news that Sethusamundram Project will be implemented by destroying Ram Sethu is like a severe jolt to us all.
• People and many NGO's are launching movements against the Sethusamudram Project all over India.
Every effort is being done to Protect Ram Sethu.
• The destruction of Ram Sethu is not only an insult to Indian culture. but it will also deprive lakhs of  fishermen of their livelihood.
• We will have to fight for the cause of protection of Ram Sethu using our united powers .