Observe the Following Graph. Considering the Change in Volume of Water as Its Temperature is Raised from 0°C, Discuss the Difference in the Behaviour of Water and Other Substances. What is this - Science and Technology 1 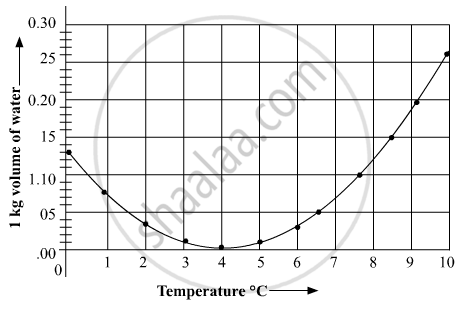 Concept: Anomalous Expansion of Water
Is there an error in this question or solution?
Advertisement Remove all ads
Chapter 5: Heat [Page 71]
Q 2Q 1.3Q 3.1