Now Write Your Own Film Review on ‘Chak De India’, ‘Lagaan’, Or ‘Mother India’. the Teacher Could Arrange for the Screening of the Film If Need Be. - English Core

Now write your own film review on ‘Chak de India’, ‘Lagaan’, or ‘Mother India’. The teacher could arrange for the screening of the film if need be.

The class could also decide on any other regional film that portrays the spirit of National Integration.

Highlight the aspect of national integration that has been portrayed in the film. 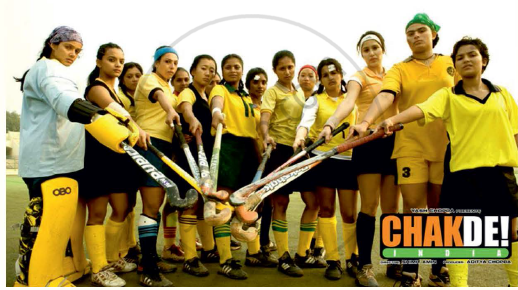 Brief Outline of the Plot
Kabir Khan is the former captain of the India Hockey Team. After a disastrous loss to the Pakistani hockey team. Khan is ostracized from the sport He and his mother are further forced out from their ancestral home by angry neighbours. Seven years later in an attempt to redeem himself, Khan becomes the coach for the Indian women's hockey team, with the goal of turning its sixteen contentious players into a champion team. After leading the women to the Gold, Khan restores his reputation and returns with his mother to their home. welcomed by those who had shunned them years before. 'Dhak De ! India' explores religious bigotry, the legacy of partition, ethnic/regional prejudice and sexism in contemporary India through field hockey.

What I liked about the film
It is a rare film where the hero watches from the stand and lets a bunch of girls do all the winning It is all about women's liberation and their power It is one of the best feminist films. It is a patriotic heartwarmer Its title song is stirring and meaningful and enhances patriotic fervour.

What I disliked about the film
The main focus is on the game. Romance is absent, parents are sidelined and no one breaks out into song and dance. The tale of the sporting under-dog is hardly new

Why the film was worth watching
'Chak De ! India' is an outright winner, a triumph of the spirit and of craftsmanship. The Director Shim it Amin has crafted this film with immense staying power, exceptional integrity and gusto. It has great performances by a bunch of unknowns, a gritty peace and a marvellous rest rain make it an unbridled ode to patriotism without any hysterical chest -beating The casting is first rate. Its screenplay offers a rare look at a popular Indian sport often overshadowed by cricket. It will give you a sharp-eyed view of Indian society.

If the team members overcome the divisions and learn to cooperate with and help each other. they would definitely be a winning team be it cricket, hockey or football. Unity among the team members and their confidence can lead them to victory. It also promotes the merits of women players.

Rating : 4 stars out of 5 stars : * * * *
Students may write reviews of other films on their own basing these on these outlines.

Concept: Reading Skill (Textual)
Is there an error in this question or solution?
Advertisement Remove all ads
Chapter 6.3: Spirit of Unity [Page 229]
Q 2Q 1Q 3