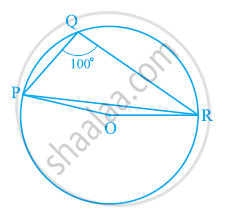 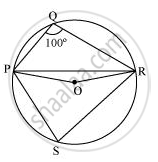 Consider PR as a chord of the circle.

Take any point S on the major arc of the circle.

PQRS is a cyclic quadrilateral.

OP = OR (Radii of the same circle)

∴ ∠OPR = ∠ORP (Angles opposite to equal sides of a triangle)

Concept: Cyclic Quadrilateral
Is there an error in this question or solution?
Chapter 10: Circles - Exercise 10.5 [Page 185]
Q 3 Q 2Q 4
Advertisement Remove all ads