How Electricity is Generated by Using Wind Energy? - Environmental Studies

How electricity is generated by using wind energy?

a tower, to support the rotor and drive train; electronic equipment such as controls,
electrical cables, ground support equipment, and interconnection equipment. 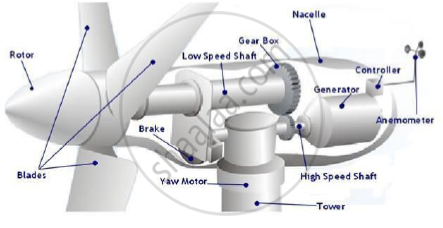 Concept: Principle and Working with Wind Energy
Is there an error in this question or solution?
2017-2018 (June) CBCGS
Q 3.A Q 2.CQ 3.B
Advertisement Remove all ads