Describe the Hershey and Chase experiment. Write the conclusion drawn by the scientists after their experiment - Biology

Describe the Hershey and Chase experiment. Write the conclusion drawn by the scientists after their experiment.

The proof for DNA as the genetic material came from the experiments of Alfred Hershey and Martha Chase (1952) who worked with bacteriophages.

The bacteriophage on infection injects only the DNA into the bacterial cell and not the protein coat. The bacterial cell treats the viral DNA as its own and subsequently manufactures more virus particles. They made two different preparations of the phage. In one, the DNA was made radioactive with 32P. In the other, the protein coat was made radioactive with 35S.

These two phage preparations were allowed to infect the bacterial cell separately. Soon after infection, the cultures were gently agitated in a blender to separate the adhering protein coats of the virus from the bacterial cells.

So, DNA is the genetic material and not proteins. 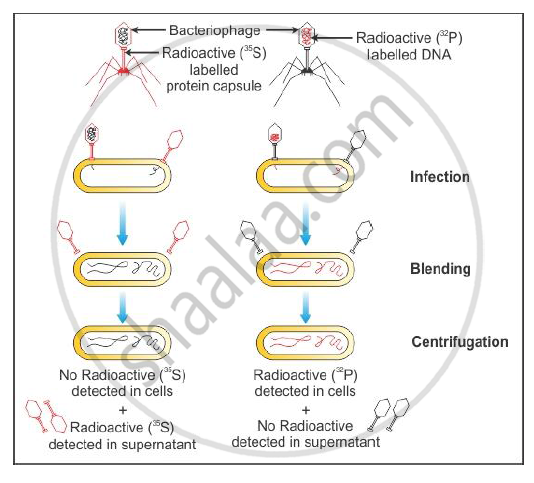