The corrosion which is brought about through ionic reactions in the presence of moisture or solution as a conducting medium when two dissimilar metals are in contact with each other is called electro chemical corrosion. It also occurs when the metal surface is in immediate contact with aqueous acidic/alkaline/neutral/electrolytic solutions forming the short circuited galvanic cells. 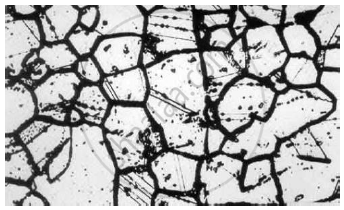 Concept: Types of Electrochemical Corrosion Intergranular Corrosion
Is there an error in this question or solution?
Advertisement Remove all ads
2017-2018 (June) CBCGS
Q 2.aQ 1.gQ 2.b.i