- In these route of synthesis of carbaryl highly toxic substance such as phosgene, methyl isocynate and methylcarbamoyl chloride are used. 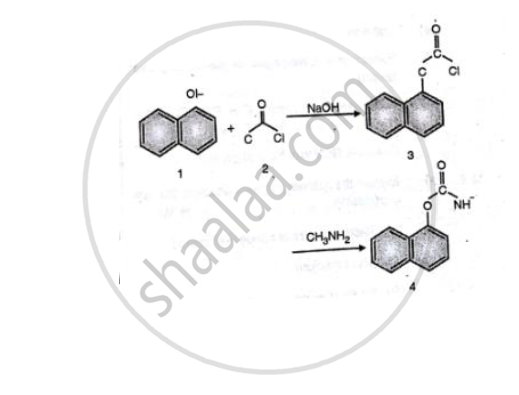 2. Greener route synthesis also uses exactly the same reagent, but these are taken in different sequence. Hence, this sequence avoids the proportion of methyl isocynate. But use of phosgene and methyl amine is still needs to be avoided.