We know that the sum of all the angles in a quadrilateral is 360 . 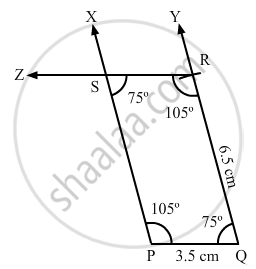