Collect Information and Pictures About the Work of Famous Painters, Writers, Scientists During Rennaissance Period with the Help of Reference Books and Internet. Present a Project - History and Civics

Collect information and pictures about the work of famous painters, writers, scientists during rennaissance period with the help of reference books and internet. Present a project on it in the classroom.

Renaissance refers to the astonishing revival of drawing, fine art painting, sculpture and architecture in whole Europe. It was centered in Italy and happened in two hundred years between 1400 and 1600.

The most important painters, sculptors, architects and designers of the Italian Renaissance during the 14th, 15th and 16th centuries include:

A) THE FLAGELLATION OF CHRIST BY PIERO DELLA FRANCESCA.
It is considered to be one of the Greatest Paintings Ever. B) LAMENTATION OVER THE DEAD CHRIST BY ANDREA MANTEGNA. 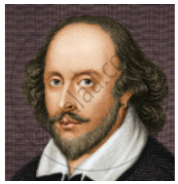 he is well known for plays like Hamlet, Romeo and Juliet, Midsummer Night’s Dream, Twelfth Night, and Henry V. 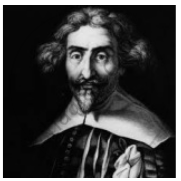 HE IS FAMOUS FOR THE most influential piece, Don Quixote de la Mancha. The Prince written in 1513 is the main work His famous poems are Canzoniere and the Triofi. 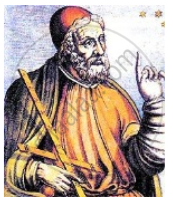 Ptolemy was an astronomer and mathematician during ad 100-170 whose idea of the geocentric theory that the earth is the center of the universe overpowered other astronomical thought until the 17th century.

2) Nicolaus Copernicus
Copernicus was a Polish astronomer from 1473-1543 who was best known for his astronomical theory that the sun is at rest near the core of the universe and that the earth, spinning on its axis once daily, revolves annually around the sun. This theory is called the heliocentric or sun-centered system.

3) Johannes Kepler
Johannes Kepler was a German astronomer who made important discoveries that led to three basic laws governing the motion of planets, and these made him one of the chief founders of modern astronomy.

These are the information of a few artists who contributed to the renaissance period.