DNA replication occurs in small replication forks. It does not occur in its entire length in one time as DNA is a very large molecule and only that part of DNA opens up which is being replicated. The opening of the whole DNA molecule would be an energetically more expensive process.

Ori stands for Origin of replication. This site has a highly conserved sequence of DNA among various species. The replication of DNA starts here because this site attracts some proteins which help in the opening and unwinding of DNA and this leads to the initiation of replication.

The function of DNA Ligase is to join the two nucleotides. During the DNA replication process, it joins the Okazaki fragments of the daughter DNA to form the complete DNA molecule on the lagging strand. 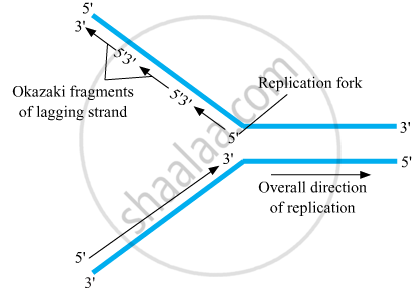