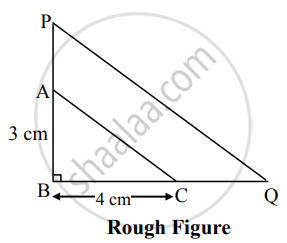 Analysis: As shown in the figure,

∴ Sides of ∆PBQ are longer than corresponding sides of ∆ABC.

∴ If seg BC is divided into 4 equal parts, then seg BQ will be 7 times each part of seg BC.

So, if we construct ∆ABC point Q will be on side BC, at a distance equal to 7 parts from B.

Now, point P is the point of intersection of ray AB and a line through Q, parallel to AC.

∴ ∆PBQ is the required triangle similar to ∆ABC. 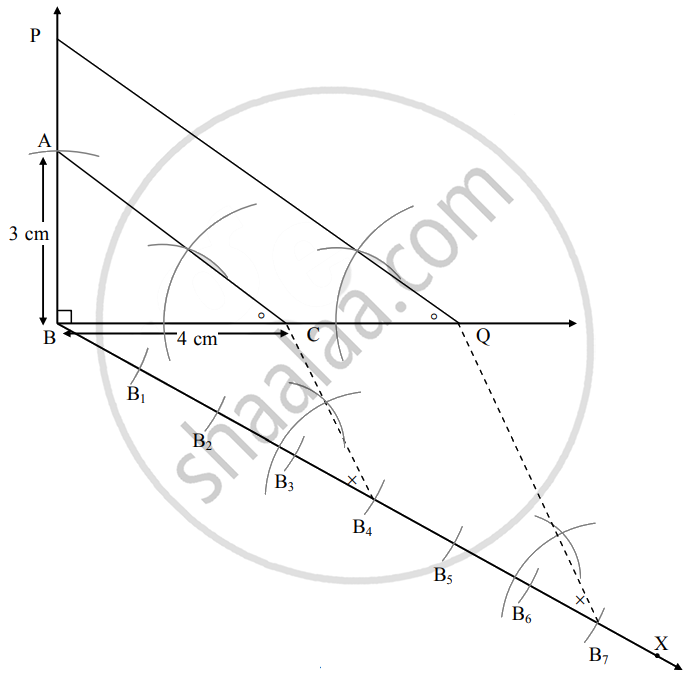 Concept: Division of a Line Segment
Is there an error in this question or solution?
Chapter 4: Geometric Constructions - Q.3 (B)
Q 1Q 3Q 2